US: There can′t be press freedom without the press | Americas | North and South American news impacting on Europe | DW | 03.05.2020 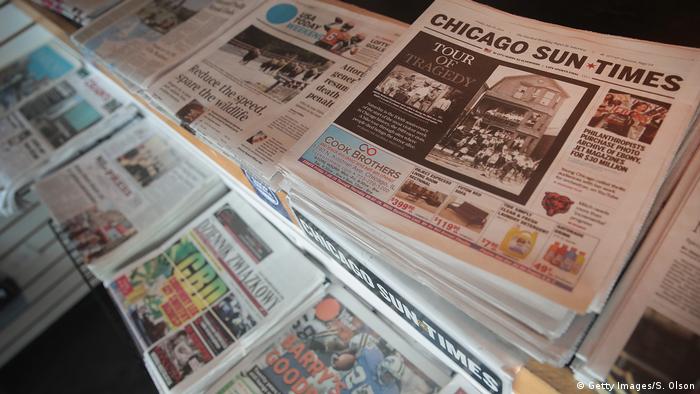 Joey Garcia penned the relationship advice column "Ask Joey" for the Sacramento News & Review, a weekly US newspaper in California, for 23 years. Then came the coronavirus. In mid-March, the News & Review suspended its print publication indefinitely. Garcia's column was dropped as a result.

Garcia says when she heard the News & Review was cancelling its print edition, "I was in shock." The freelance journalist says some of her other jobs were also lost as a result of the pandemic: "Over a three-day period, I lost 75% of my income. I couldn't sleep. There were 24 hours where I didn't know whether to laugh or cry." 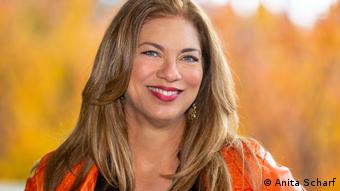 Joey Garcia lost 75% of her income due to the pandemic

The Sacramento News & Review has gone through a lot of changes over the past several years. When it first began back in 1989, there were three newspapers in the California state capital: Two dailies, The Sacramento Bee and The Sacramento Union, as well as the weekly News & Review – The Bee has been subjected to extreme downsizing, and The Union folded years ago. Now, the coronavirus pandemic has pushed the News & Review to the brink.

Jeff vonKaenel, who shares ownership of the News & Review and two affiliated newspapers in California and neighboring Nevada with his wife, says they had no choice in the matter. The News & Review, which until recently printed 60,000 copies per week, is free of cost and financed largely through advertising by local restaurants, bars and event organizers. But the coronavirus pandemic has led to lockdowns, restaurant closures and the cancellation of events, to which vonKaenel says, "I'm a good salesman, but I can't sell ads for events that won't happen."

Asked when the News & Review will open its doors again, vonKaenel replies, "We ask ourselves that question every night before we go to sleep."

The coronavirus pandemic has hit the journalism sector at a time when many newspapers in the US are already at the end of their rope. In 2000, roughly 55 million households had newspaper subscriptions. Today, the Pew Research Center think tank says that number has been halved. 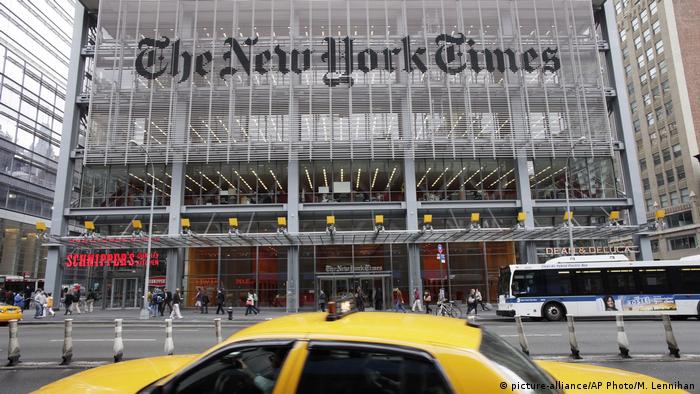 Major media outlets can survive lean times, but its a struggle for local papers

Large national newspapers like The New York Times and The Washington Post have been largely unaffected by the coronavirus pandemic. But experts say jobs disappearing as a result of the crisis will not be coming back – that is especially bad news for small and medium-sized newspapers that cannot compete on the national stage.

"It's great that The New York Times and The Washington Post are doing well, but we need people to cover city council, school boards and the local arts scene," says vonKaenel. "There's a common ethic mantra [among politicians]: 'Don't do anything you don't want to see on the front page.' What do you do if there's no front page anymore?"

And if there are no local reporters to hold politicians to account, how are people supposed to keep abreast of things like corruption in local government? That lack of reporting leads to the rise of so-called news deserts – areas that no longer have access to information via local newspapers or radio stations. That situation represents an even greater problem than freedom of the press in the US because there can be no such thing as freedom of the press or information if there is no press.

The issue of news deserts is an especially difficult problem in rural areas across the US. Many communities are shrinking and that means local businesses disappear, leading to decreased advertising revenue for local papers that simply cannot compete with bigger media outlets.

When a local newspaper dies it has far-reaching consequences says Benjamin Shors, a journalism professor at Washington State University (WSU) in the Pacific Northwest: "There's a lack of voter participation in local elections in areas that don't have media reporting on local civic issues." And Shors points to another danger that arises as a result of such closures: "Information voids don't sit empty. The spread of misinformation on Facebook increases. That's dangerous at any time, but especially during a pandemic."

Lisa Waananen Jones, an assistant journalism professor also at WSU, says many people living in the rural US are dependent upon print newspapers and cannot simply switch to online media outlets when local papers go under: "A lot of rural communities still don't have consistent internet access. If newspapers die, it's hard for people." She says many people in rural America depend on local libraries for internet access, but these, too, have been closed as a result of the coronavirus pandemic.

Corona and alligators: The South Jetty in Texas

Most of the 4,100 residents of Port Aransas, a town on Mustang Island off the southeastern coast of Texas, get their news in The Port Aransas South Jetty, a weekly newspaper owned and published by Mary Henkel Judson and her husband Murray Judson. The paper has gotten a bit thinner since the coronavirus hit, but it is still on newsstands every Thursday. 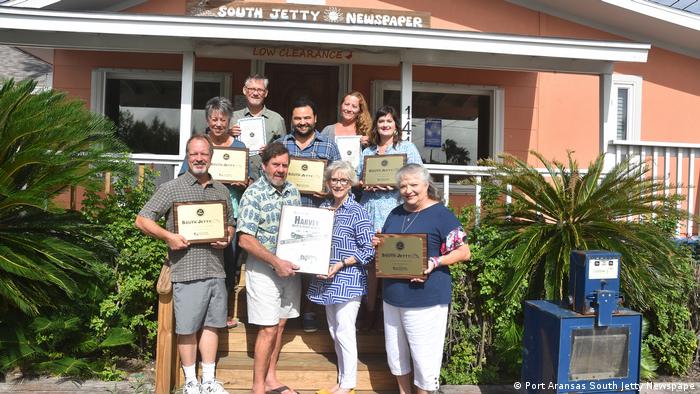 Most stories in the paper are related to the coronavirus, "but we try to always do one or two other stories, as a respite for people," says Henkel Judson. One developing story that has been particularly popular on the paper's Facebook page has been that of an alligator that escaped from the local nature reserve and was recently spotted in a small canal near the discount Dollar General Store.

The South Jetty has been able to keep operating thanks to small business financial assistance from the federal government, but Henkel Judson says that is not the only reason the paper has been able to survive. She says subscriptions have actually increased of late and even more importantly, advertising revenue has increased, too, despite closures.

"We will get through it," says Henkel Judson. "Newspapers and a free press are absolutely essential to this country. Our readers and our advertisers understand that, that's why they continue to support us."