The terror group "Islamic State" remains the focus of global attention in the fight against violent extremism. But the US believed a little-known al Qaeda cell posed a more imminent danger. 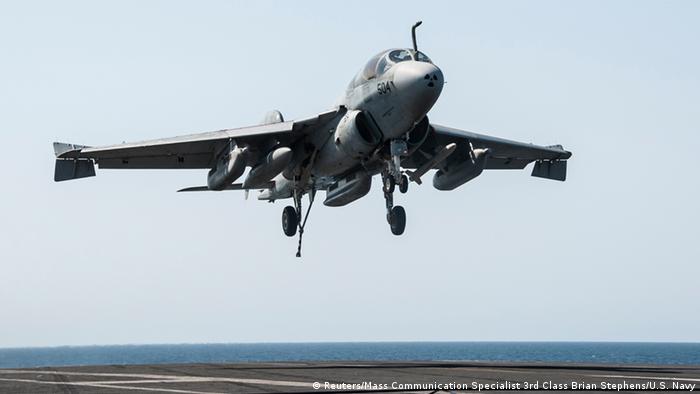 Though airstrikes against the "Islamic State" (IS) have received the majority of the attention in the past several weeks, the United States also targeted a little-known al-Qaeda cell on Tuesday called Khorasan, which officials said presented a more urgent threat to the West.

The Khorasan Group, an al Qaeda splinter cell, was planning attacks against US or European targets that were "nearing the execution phase," according to Pentagon officials. The group's leader and former close associate of Osama bin Laden, 33-year-old Mohsin al-Fadhli, may have been killed in the airstrikes.

The US conducted airstrikes on Tuesday against the group in Syria before targeting Islamic State militants in separate strikes.

"And we have been monitoring over the course of many months the development of plotting against the United States or Western targets emanating from Syria," he said.

The terror cell had long been under US surveillance and is described as a network of veteran al Qaeda fighters with combat experience in Afghanistan and Pakistan. Khorasan is also working closely with the Nusra Front, al Qaeda's Syian affiliate.

The "Islamic State" has conquered broad stretches of territory across Iraq and Syria, and has become infamous for brutalizing religious minorities and those not adhering to its radical version of Islam, but Western authorities do not believe IS to be an immediate threat outside of Syria and Iraq.

Khorasan however was singularly focused on carrying out bombings in the United States and Europe.

"These are al Qaeda veterans who have established a safe haven in Syria to develop and plan external attacks, in addition to construct and test improvised explosive devices and to recruit Westerners for external operations," a senior U.S. official told Reuters news agency.

US officials however, could not provide details on the type of attack Khorasan was planning, except to say an attack was "imminent."

US Congressman Mike Rogers, who chairs the House of Representatives' intelligence committee, said the group was plotting to bring down airplanes.

"They haven't lost that interest in [attacking airplanes]. That means it's serious," Rogers said in a television interview. "They have both capability, financing and people. All of that's dangerous,” he said.

More than 140 heads of government are expected at the UN General Assembly in New York. Islamic State, Ebola, talks with Iran - current crises are set to be at the center of the agenda. (24.09.2014)