US seeks 'Havana syndrome' answers after cases in Geneva, Paris

US Secretary of State Antony Blinken said the US government is still working to determine the cause of "Havana syndrome." Now US diplomats have reportedly been afflicted by it in Geneva and Paris. 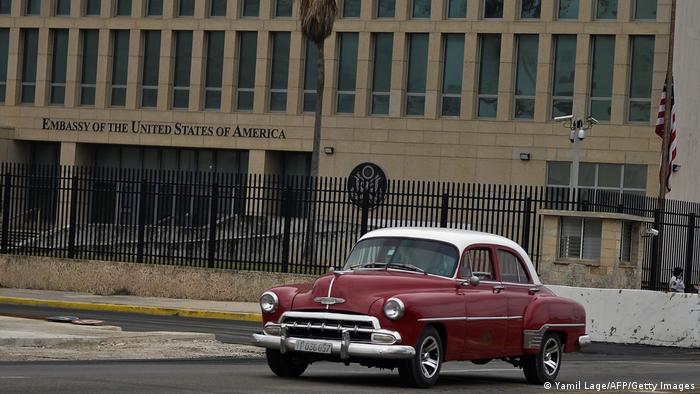 US Secretary of State Antony Blinken said Thursday the United States is still working to determine the cause of "Havana syndrome" after The Wall Street Journal reported US diplomats serving in Geneva and Paris had been hit by the pattern of neurological and physiological symptoms that have come to define it.

At least one of the individuals targeted in the latest round of known attacks of the syndrome that is as notorious as it is mysterious had to be medically evacuated back to the US, The Wall Street Journal reported.

Diplomats from the US and Canada have complained of Havana syndrome symptoms. Elsewhere in Europe, cases have been reported out of US embassies in Austria, Germany and Serbia and around the world in China, Colombia, Russia and Vietnam in addition to the first cases recorded in Cuba.

What has Blinken said?

Blinken said in November that the State Department is "intently focused" on understanding what causes Havana syndrome.

The affliction first appeared five years ago in the Cuban capital,where the coupling of neurological and physiological symptoms associated with the syndrome gets its name.

On Thursday, the US top diplomat reiterated in an interview with MSNBC that the government is working to get to the bottom of Havana syndrome's causes and culprits.

How has the State Department reacted to the latest cases?

Blinken said US diplomats suffered psychological and physiological distress due to Havana syndrome.

Within the State Department, the two latest groups of suspected attacks alleged to have taken place in European cities were reported internally at the affected diplomatic missions and eventually back in Washington.

At least 200 US officials serving in diplomatic posts around the world have now come down with the mysterious illness.

In Geneva, at least three Americans have been hit by the related neurological symptoms.

What more has the US government said?

State Department spokesman Ned Price said, "Due to privacy concerns and for security reasons, we do not discuss specifics or embassy operations."

He added, "We take each report we receive extremely seriously and are working to ensure that affected employees get the care and support they need."