US diplomats have said two officials stationed in Germany sought medical treatment for symptoms including ear ache and fatigue, seemingly consistent with the mysterious ailment reported by diplomats in several countries. 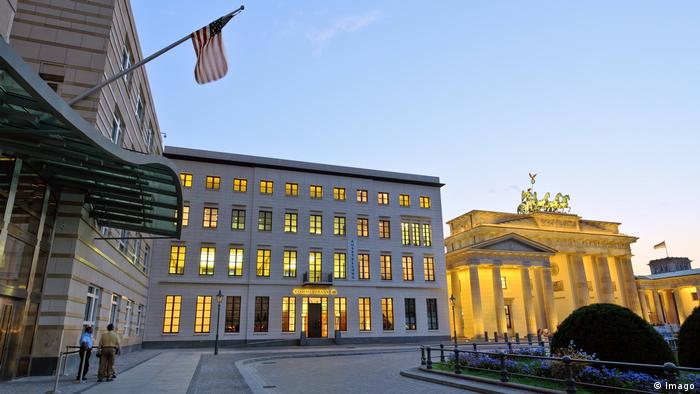 At least two US officials in Germany developed symptoms consistent with "Havana Syndrome" and sought medical treatment, according to a Wall Street Journal (WSJ) report published on Wednesday citing unnamed US diplomats.

It is the first time suspected instances of the mysterious ailment have been reported in Germany.

Similar incidents had been reported recently by US officials in other European countries, the WSJ said, but the quoted diplomats did not provide further details.

The report added that the intelligence officers and diplomats who developed symptoms had been working in Russia-related areas, including cybersecurity, gas exports and "political interference."

On Wednesday, a German Foreign Ministry spokesman told a regular press briefing he was aware of the reports, but had no further information.

If confirmed, it would be the first time Havana Syndrome symptoms have been reported in a NATO member state hosting US troops and nuclear weapons.

What is Havana Syndrome?

The mysterious ailment emerged in 2016 among US diplomats and their families stationed in Cuba. Those affected have complained of persistent fatigue, migraines, nausea and nosebleeds after hearing shrill noises during the night.

Since then, US officials have reported similar incidents in China, Russia and inside the US. In July 2021, dozens of US diplomats in Vienna reported having been being affected by Havana Syndrome symptoms since US President Joe Biden took office.

Cause of 'anomalous health incidents' unclear

Earlier in August, during a high-level meeting of intelligence officials, US intelligence chief Avril Haines said the US is still unsure what is causing the "anomalous health incidents."

In December 2020, an assessment by the National Academies of Sciences, Engineering, and Medicine in the US said that "directed, pulsed radio frequency (RF) energy" was likely behind the symptoms experienced by the diplomats.

The mystery behind the cause of the ailments, and that they occur among US diplomatic workers, have led to unproven allegations from US officials that Russian intelligence could be behind the incidents.