At least two state and local government servers had been targeted, said the authorities. The warning comes less than two weeks before the US is set to go to presidential elections. 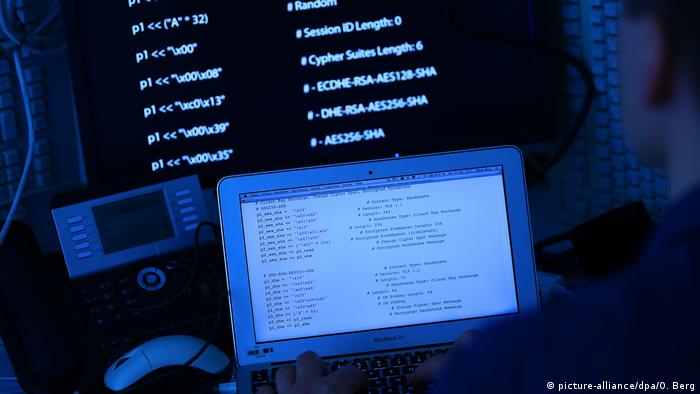 US authorities on Thursday said that a Russia-backed hacking group stole data from at least two state and local government servers.

The warning comes less than two weeks before the US votes in presidential elections. It has raised fears of Russian interference in the elections.

The US has said that Russia interfered in the 2016 elections by hacking into Democratic email accounts. This year, US authorities said there is an effort once again to disparage President Donald Trump's rival Joe Biden.

Attempt to influence US politics

The Federal Bureau of Investigation (FBI) and the Cybersecurity and Infrastructure Security Agency (CISA)said in a joint statementthat the Russian group, known as Berserk Bear and Dragonfly among other names, conducted a campaign against US targets at least since September.

"To date, the FBI and CISA have no information to indicate this APT (advanced persistent threat) actor has intentionally disrupted any aviation, education, elections, or government operations. However, the actor may be seeking access to obtain future disruption options, to influence US policies and actions," said the statement.

The advisory did not specify which state or local government channels were targeted. Officials say they have no information that any election or government operations have been affected, or that the integrity of elections data has been compromised.

Read more: Can Americans have faith in their electoral system?

US officials have repeatedly said it would be extremely difficult for hackers to alter vote tallies. Chris Krebs, the head of CISA said they were not aware of any activity "that would allow them to come anywhere near a vote."

The hacking group in question seems to have been operational since 2011, and engaged in cyber espionage on energy, defense and aviation companies in the US and Europe.

US election, seen through the eyes of cartoonists

Donald Trump or Joe Biden? As the candidates face off in the final debate, caricaturists around the world are taking a look.

In an unprecedented move, Ukraine's digital transformation minister has called for cyber volunteers around the world to attack targets with links to Russia. Thousands have answered his call. Who are they?