Washington is slapping sanctions on Turkey's justice and interior ministers over what it says are trumped-up charges against a US citizen. Pastor Andrew Craig Brunson is facing 35 years in prison in Turkey. 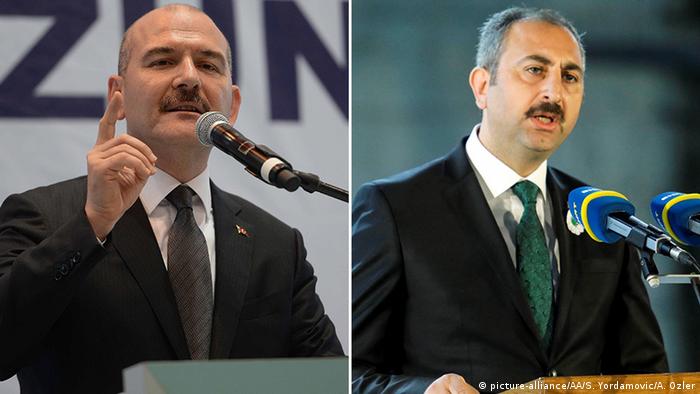 The White House announced on Wednesday that it was imposing sanctions on two top members of the Turkish government over a US pastor who is being held in Turkey for spying and terror-related charges.

Press Secretary Sarah Sanders said that Turkey's Justice Minister Abdulhamit Gul (above right) and Interior Minister Suleyman Soylu (above left) are being targeted for their role in the detention of 50-year-old Andrew Craig Brunson.

"We believe he's a victim of unfair and unjust attention by the government of Turkey," Sanders said of Brunson. 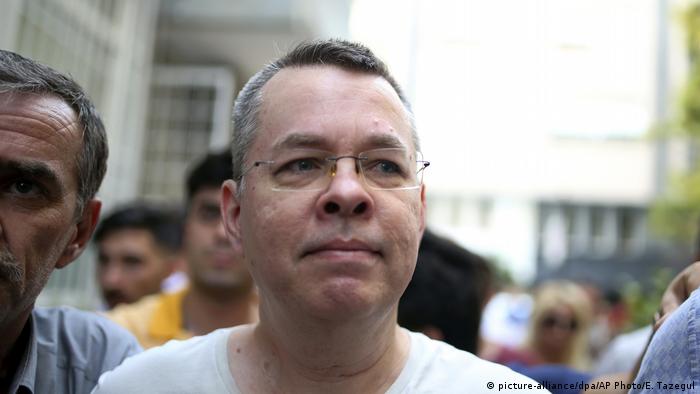 Andrew Craig Brunson, originally from North Carolina, was released from jail but is confined to house arrest in Turkey

The US pastor was first arrested in October 2016, when Turkey was in the immediate throes of a crackdown on suspected instigators of a failed coup attempt.

He is accused of supporting exiled cleric Fethullah Gulen as well as the Kurdistan Workers' Party (PKK), listed as a terrorist organization by Turkey and many allies including the US and the EU. If convicted, he faces 35 years in prison.

Last week, Brunson was allowed to leave prison and remain under house arrest, but his request to leave Turkey was denied.

The US has maintained that there is no credible evidence to support the charges brought against Brunson.

Turkish President Recep Tayyip Erdogan has said that he will not be swayed by sanctions.

However, he has indicated that he would swap Brunson for Gulen, who was once an ally of the Turkish president, but now lives in a secluded part of Pennsylvania.

US Secretary of State Mike Pompeo said he would meet with his Turkish counterpart Mevlut Cavusoglu to discuss Brunson and the sanctions next week.

The White House lobbed strong words of warning at its NATO ally over Andrew Brunson, but the Turkish government showed it could play ball, too. Recep Tayyip Erdogan's government said that "no one dictates to Turkey." (26.07.2018)