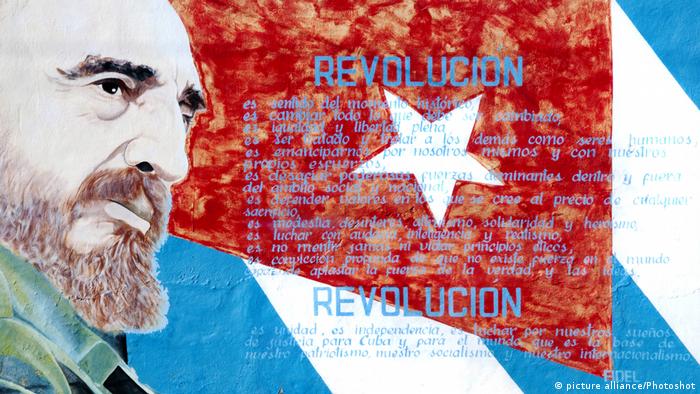 Since US President Donald Trump in May 2019 waived the suspension of the so-called Helms-Burton Act on Cuba, life has become harder for entrepreneurs from Europe and elsewhere in the world to do business with the Caribbean island. Chapter 3 in the Act gives the president authority to suspend lawsuit provisions if that is in the interest of the United States and will foster Cuba's transition to democracy.

But Trump has found the changes introduced by Cuba's communist government to be insufficient and allowed the suspension, previously granted by six successive US administrations, to expire. A first prominent victim of the ruling was an international cruise line, Carnival Cruise, which was sued under the Act for violating the US embargo.

Now, tighter measures, including massive claims for damages and denial of US visas, are increasingly threatening European businesspeople, says the EU's envoy to Cuba, Alberto Navarro from Spain."We consider the extraterritorial use of US sanction illegal and a violation of international law," Navarro told DW.

In the opinion of Navarro, Helms-Burton Act Chapter 3 is clearly intended to foster Washington's own selfish interests.

"The regulation is meant to create confusion in the business world, to force more and more investors to give up and say: 'I'm not investing in Cuba, and, instead, will go to Jamaica or the Dominican Republic.' This is a clear attempt by the US to kill off the Cuban economy."

The EU has strongly criticized Chapter 3, which gives US nationals with claims to confiscated property in Cuba the right to file suit in US courts against anyone in hold of or trading in that property.

After Trump decided to let the latest suspension expire in 2019, a total of 20 lawsuits have since been filed, among them one against the Spanish hotel chain Melia.

The Cuban revolution and the Mata family

In the wake of the Cuban revolution of the 1960's, the Communist government of Fidel Castro nationalized large swaths of formerly privately held businesses and properties. Part of the campaign was also the San Carlos Hotel in Cienfuegos belonging to the Mata family and seized in 1962.

The family, who managed to flee to the US, is now suing a number of businesses that are using the hotel, including the current operators Melia, and travel booking sites Expedia and Booking.com, as well as the latter's German subsidiary Trivago. Several state-owned Cuban firms are also defendants in the lawsuit. 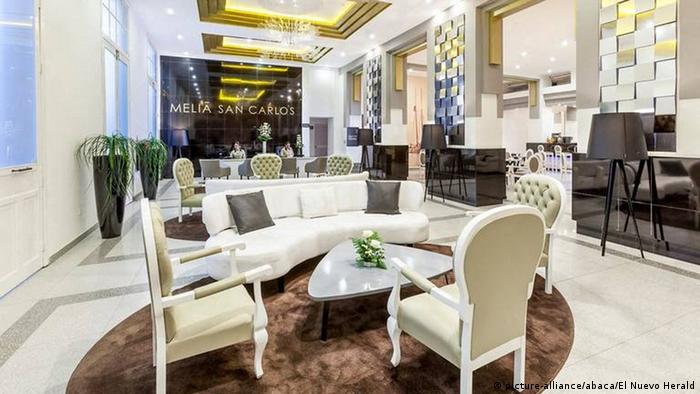 Surprisingly, a US Federal Court ruled in January that Melia and the other non-US companies must be excluded from the class action suit — a deliberate act by the Mata family to speed up proceedings by focusing on the US defendants, a lawyer for the family explained.

The ruling, however, has only complicated the situation, observers said, and has the EU envoy puzzled about what will come next. "So far, we haven't seen a single court ruling against a European business," says Navarro.

The confusion over Washington's sanction policy toward Cuba escalated in early February, when the Trump administration decided to implement Chapter 4 in the Helms-Burton Act. It stipulates that the US can deny visas and exclusion from the country to persons who "benefit" from confiscated property in Cuba claimed by US nationals. The measure would also include senior company officials and their families, the administration said.

In the Melia-versus-Mata case, this has led to a truly bizarre situation. Although the Spanish hotel chain has been legally excluded from the claim, Melia's vice-president and general director, Gabriel Escarrer Jaume, is facing sweeping sanction.

Already in October last year, the Trump administration ordered him to resign from his posts and sell his stake in the company within the next 45 days. If he fails to comply with the decision, visas for him and his family would be revoked. He could avoid that by striking a deal to compensate the Mata family.

"The missive was issued in October and is in force since November," says EU envoy Navarro, and adds with a reference to the Melia court ruling in January 2020: "I don't understand why the decision [against Jaume] is still being enforced." 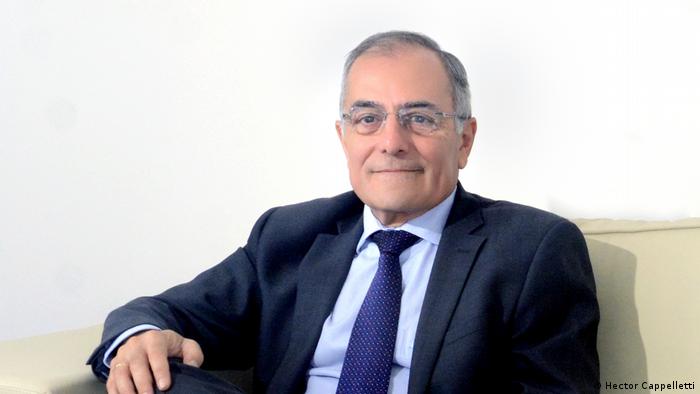 The EU's ambassador to Cuba, Alberto Navarro, is a long-serving Spanish diplomat in places such as the Dominican Republic, Portugal and Marocco

Navarro argues that the US has the legitimate right to decide who it allows entry into the country and who not. At the same time he urges the Trump administration to "revoke its decision against a company which has not been convicted, and is not even part of a lawsuit anymore."

The EU envoy also told DW that the bloc is currently using its diplomatic channels to drive the point home to the US administration, and said that no similar cases affecting EU firms were currently pending in US courts. However, the case would cause huge uncertainty among European companies doing business with Cuba, he added.

And indeed, the US sanctions regime against Cuba is increasingly fraying corporate nerves which are already straining under mounting Cuban payment arrears as a result of America's financial stranglehold on the country. But still, some firms are trying to overcome the difficulties, Navarro says, and describes them as "true heroes."

In response to the introduction of the Helms-Burton Act in 1996, the EU has put a "sanctions statute" in place intended to alleviate the fallout from the controversial law. Companies suffering financial harm from US sanctions can sue the US administration for damages in European courts. Navarro notes, however, that deteriorating bilateral relations had "not reached that state yet."