US, Russia blame each other in naval near-collision

Washington and Moscow have accused each other of dangerous maneuvers after two warships came within meters of a collision in East Asia. The near miss took place just days after a similar close call between planes. 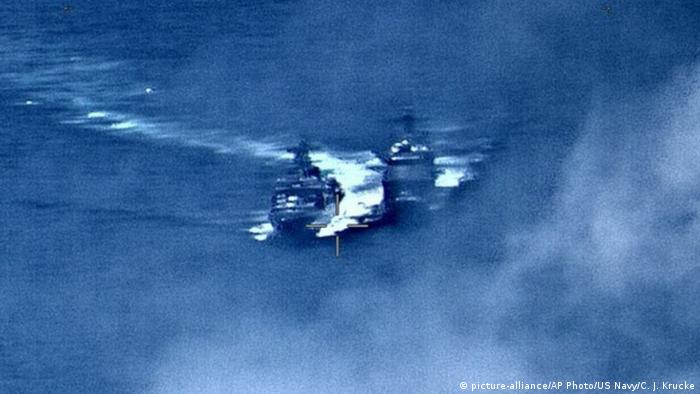 The United States and Russia have accused one another of unsafe actions following a near collision of warships patrolling the Philippine Sea. The incident saw the guided-missile cruiser USS Chancellorsville and the Russian destroyer Admiral Vinogradov come within 50 meters (165 feet) of each other.

"While operating in the Philippine Sea, a Russian destroyer made an unsafe maneuver against the USS Chancellorsville. This unsafe action forced the Chancellorsville to execute all engines back full and to maneuver to avoid collision," said Navy Commander Clay Doss, a spokesman for the Japan-based US 7th fleet.

Doss said the Chancellorsville was on a steady course awaiting a landing helicopter when the incident took place. He said the destroyer sped up and approached the US cruiser, coming within meters of it.

Acting US Defense Secretary Patrick Shanahan said Washington would lodge a formal complaint over the incident, but said the actions would "not deter us from conducting our operations." 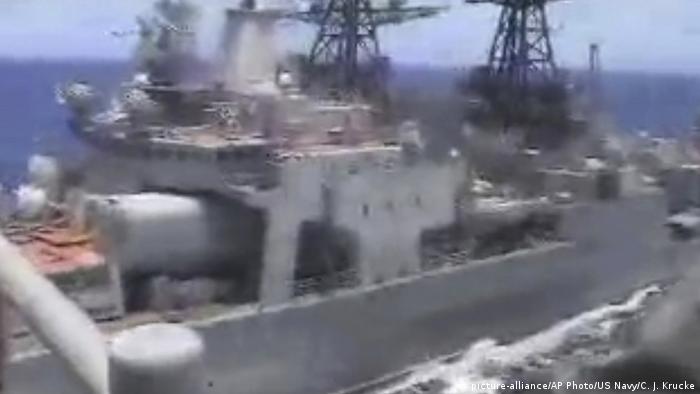 Russia, for its part, accused Washington of unsafe activity, saying the US cruiser "suddenly changed direction and crossed the path of the Admiral Vinogradov just 50 meters away."

Russia said it radioed the US ship to protest the action, saying the Russian crew was forced to make a quick maneuver to avoid a collision. Russia claims the incident took place closer to China, in the East China Sea, and not in the Philippine Sea.

Russian parliamentarian Alexei Pushkov described the incident as very dangerous, saying such episodes could easily escalate tensions which were already balanced "on a razor's edge."

Not the first close call

Friday's incident comes amid increasing tensions between Washington and Moscow in the wake of Russian incursions into Ukraine, its annexation of Crimea in 2014 and antagonistic relations in Syria.

The two powers have also frequently accused one another of unsafe actions in international airspace, most recently in an incident in which a US spy plane was intercepted by a Russian fighter jet in Syria.

Seven sailors were killed when the USS Fitzgerald struck a Philippine container ship in June. The Navy has blamed "inadequate leadership" for the crash. (18.08.2017)