Republicans have revealed the final details of their tax overhaul bill, including corporate tax cuts promised by President Donald Trump. After winning over skeptics, the bill is on track to pass a vote next week. 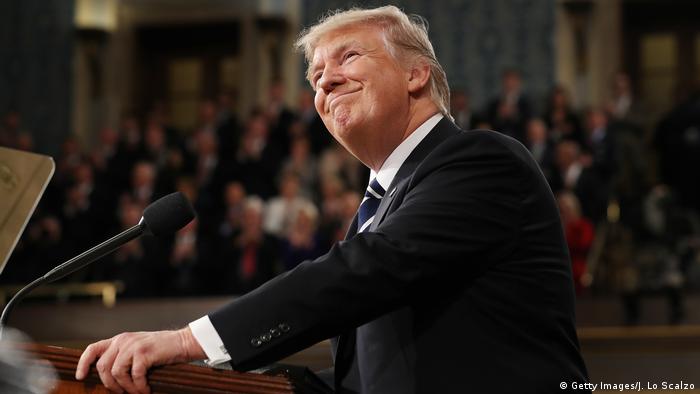 After weeks of negotiations to combine House and Senate versions of a sweeping tax reform bill, US Republicans released the final version late on Friday.

Should the bill pass when the Republican-controlled House and Senate vote on it next week, it would be the first major legislative win for the party and US President Donald Trump since he took office in January this year.

What does the tax reform bill do?

How has the bill been received?

White House spokeswoman Sarah Sanders praised the final draft, saying that Trump "looks forward to fulfilling the promise he made to the American people to give them a tax cut by the end of the year."

Two previous Republican holdouts voiced their support for the bill on Friday, boosting the likelihood of it passing during the congressional votes next week. Marco Rubio of Florida relented in his opposition after negotiators secured a bigger child-credit.

Tennessee Senator Bob Corker, who was the only Republican to vote against the initial tax proposal in the Senate, said he would vote for the bill despite concerns that it would substantially raise the national debt.

"I realize this is a bet on our country's enterprising spirit, and that is a bet I am willing to make," he said.

Democrats have been unified against the measure, saying that it disproportionately benefits corporations and the wealthy. Senator Bernie Sanders said the bill was "a moral and economic obscenity."

Tax triumph for Republicans: The bill represents the first major legislative achievement for Republicans and Trump as well as the largest tax overhaul for the US since the 1980s. It embodies the long-held Republican belief that a large tax break for businesses will spark economic growth and create jobs in a trickle-down economy — the idea being that the measures will eventually benefit the less well-off too.

Deficit concerns: Independent and nonpartisan groups who have analyzed the bill say it will likely balloon the US's $20 trillion national debt. The Joint Committee on Taxation estimated that the final version will add $1.46 trillion to the national deficit over the next 10 years.

Every vote counts: Republicans seeking to deliver the bill before Christmas have faced a challenge convincing in-party skeptics. The party holds a slim 52-48 majority in the Senate while two ailing senators missed votes this week. John McCain of Arizona is being treated for the side effects of brain cancer treatment.

What happens next: Lawmakers in the House and the Senate will vote on the measure next week. If it passes, it would need to be signed into law by Trump and would take effect in 2018. Tax returns for 2017 would be unaffected.