The US government has dropped an investigation into a memoir by John Bolton, one of former President Donald Trump's national security advisers. The Trump administration had tried to block the book's publication. 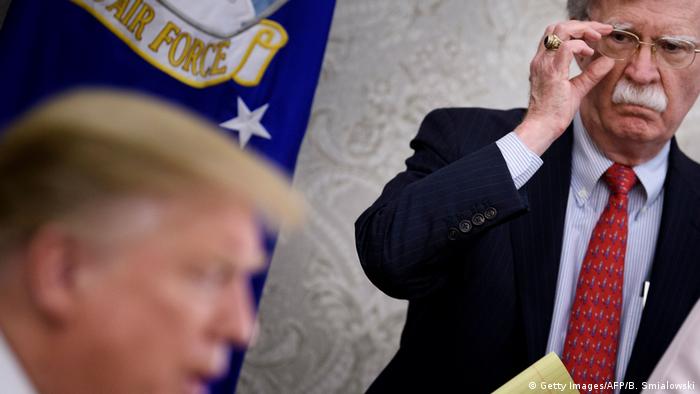 US prosecutors have dropped a lawsuit and grand jury investigation of a book written by former national security adviser John Bolton.

The Justice Department had originally claimed that Bolton′s book, "The Room Where It Happened," contained classified information that could be a threat to national security and had not passed a pre-publication review.

The book detailed how Trump sought Chinese President Xi Jinping's help in winning reelection and how Trump put pressure on Ukraine to launch politically motivated investigations into businesses with ties to the son of then-Democratic Party nominee for president Joe Biden, who later defeated Trump in the 2020 presidential election.

Why was the blocking of the book controversial? 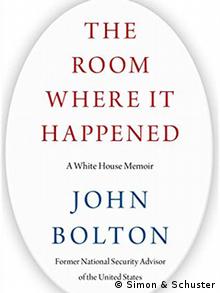 The book in question: "The Room Where It Happened: A White House Memoir"

In September 2020, White House official Ellen Knight claimed that the then-President Donald Trump had tried to block the book′s distribution after it revealed disparaging, behind-the-scenes accounts of the US leader′s actions.

Knight, a career government records professional, explained how after approving the book another person appointed by the Trump administration flagged hundreds of passages in Bolton′s text.

A federal judge rejected a Justice Department attempt to stop the book from being released after many copies had already been sold. The criminal investigation over Bolton′s work has now also been dropped.

How have John Bolton′s representatives reacted?

″These actions represent a complete vindication for Ambassador Bolton and a repudiation of former President Trump's attempt, under the pretext of protecting classified information, first to suppress the book's publication and when that failed in court, to penalize the ambassador,'' Bolton spokeswoman Sarah Tinsley said.

″By ending these proceedings without in any way penalizing Ambassador Bolton or limiting his proceeds from the book, the Department of Justice has tacitly acknowledged that President Trump and his White House officials acted illegitimately,'' Cooper said in a statement.