The US president has reassured Japan's premier that justice will be served for the murder of a woman in Okinawa. The crime allegedly committed by an ex-Marine threatens to overshadow Obama's historic visit to Hiroshima. 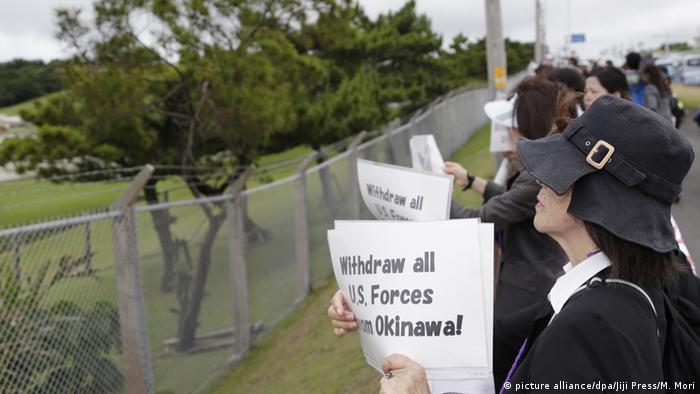 US President Barack Obama on Wednesday expressed his "sincerest condolences and deepest regrets" over the murder of a 20-year-old Japanese woman allegedly committed by a former US service member.

There has been a US military presence on the Japanese island of Okinawa since 1945, and the islanders are tired of it. They want the rest of Japan to share more of the burden, which includes noise, pollution and crime.

"We want to see a crime like this prosecuted here, in the same way we would feel horrified and want to provide a sense of justice to a victim's family back in the United States," Obama said in a joint press conference with Japan's premier.

"I think the Japanese people should know how deeply moved we are about what has happened," the US president added.

Prime Minister Shinzo Abe said he was "just speechless" over the crime, and called for the swift prosecution of the offender "who committed this self-centered and absolutely despicable crime."

Last week, Japanese police arrested the former US Marine, who was working as a civilian at the Kadena Air Base on the island of Okinawa.

Japanese media reported that the US service member admitted to strangling the young woman.

Obama's comments likely calmed sentiments over the US' military presence in Japan ahead of his landmark visit to Hiroshima, where US forced dropped an atomic bomb towards the end of World War II. He will become the first US president to visit the city. 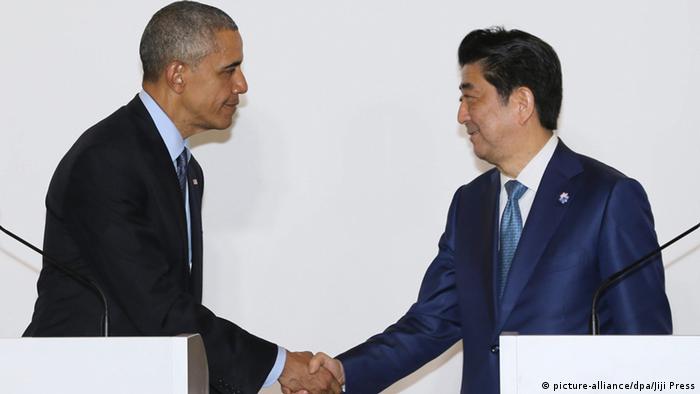 Obama said US authorities will "cooperate fully with the investigation"

The heavy US military presence on Okinawa, where over half of the US' military personnel in Japan are stationed, has irked relations between the two countries.

Thousands of Japanese citizens on Wednesday gathered in front of the Kadena Air Base to protest the murder of the young woman and call for US bases in Japan to be closed.

They also called for Washington and Tokyo to scrap plans for the construction of a new base in Nago city, which is expected to take over the functions of US Marine Corps Air Station Futenma.

Should Obama apologize for Hiroshima? | DW

The church was in the spotlight last month following the assassination of former PM Shinzo Abe. The alleged killer resented the church and blamed Abe for promoting it.

A solemn funeral for slain former Japanese Prime Minister Shinzo Abe was held in Tokyo as hundreds gathered to pay their respects.