US pledges 'no unilateral troop reduction' in Afghanistan

The US defense secretary has vowed to coordinate with NATO allies if Washington decides to withdraw from the war-torn country. Germany has welcomed the pledge, saying the next steps will be discussed by NATO ministers. 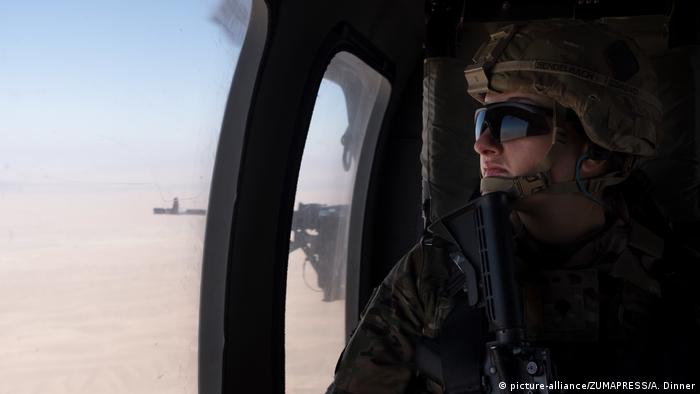 Acting US Defense Secretary Patrick Shanahan on Thursday said Washington would not unilaterally withdraw from Afghanistan, in what many viewed as an attempt to calm European concerns.

"There will be no unilateral troop reduction," said Shanahan, who took over from former Defense Secretary James Mattis. "That was one of the messages in the meeting today. It will be coordinated. We work together."

Earlier this month, US President Donald Trump pledged to "finally end" US involvement in "endless wars," including Afghanistan. In December, US media reported that Trump would significantly decrease the US deployment in Afghanistan.

Since then, the US has joined in peace negotiations with the Taliban, which it ousted from power in 2011 for harboring 9/11 attacks architect Osama Bin Laden.

Shanahan's remarks were welcomed in Germany, which forms part of NATO Resolute Support mission and has been in Afghanistan since the 2001 US-led invasion.

"There will be no unilateral decisions by the Americans, but that every step, every strategic step in Afghanistan will be discussed within the circle of NATO defense ministers," said German Defense Minister Ursula von der Leyen.

On Wednesday, the German government decided to extend the Bundeswehr's mission in Afghanistan amid fears that the US would withdraw before the German mandate ended.

Some have also questioned why the US has yet to involve the Afghan government in negotiations with the Taliban, fearing that Afghan authorities could be left without a rigorous peace accord in place in the event of a withdrawal.

"It is very important that the Afghan government as soon as possible becomes fully integrated in the peace process," said NATO chief Jens Stoltenberg. "Without that there will be no lasting peace and no strong institutions to make sure any peace agreement is full enforced."