US plans to improve drone attacks with the new 'kamikaze'

US Army officials are planning to deploy 'kamikaze' drones in Pakistan and Afghanistan as Islamabad comes increasingly under pressure to track down militants. 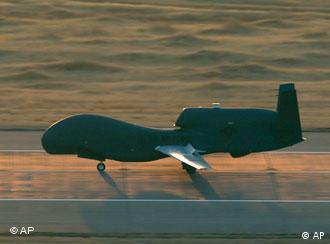 In an effort to improve the precision of drone attacks, the US is set to start deploying new "suicide" or "kamikaze" drones. AP reports they are designed to hover in the air before dive-bombing human targets. The portable mini UAS (unmanned aerial system) dubbed the "Switchblade," is manufactured by AeroVironment and is equipped with a video camera, allowing soldiers to better identify an enemy, the company said in a press release.

The US hopes to avoid civilian casualties with the Switchblade. Manufacturer has also pointed out the robotic aircraft’s flexibility, saying it can be called off at the last moment, even after a kill mission has been ordered. 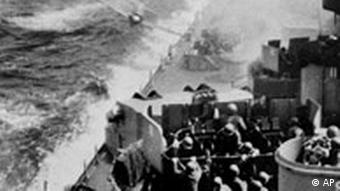 Due to the large number of civilian casualties and extensive damaged caused by US drones, voices in Pakistan are growing louder against their deployment. The current ones used are the larger Predator and Reaper drones, which fire powerful missiles and drop heavy bombs. Afghan leaders have also criticized drone strikes for claiming the lives of innocent civilians.

Responding to the insurgency

The move to heighten technology in the US arsenal comes against a backdrop of increased militant attacks in Pakistan and Afghanistan. According to the AP news agency, a recent NATO report reveals a 60 percent increase in assassinations compared with the same period last year, with 131 people killed so far in 2011.

Washington has called on Islamabad to step up efforts of its own to snuff out the insurgency in its northern region. US officials say eliminating militant sanctuaries in Pakistan's tribal belt are vital to ending the war in Afghanistan and defeating al Qaeda.

Though Islamabad initially voiced a restrained response, saying its military force is already overstretched, Pakistani troops have recently suffered a setback after several dozen armed gunmen killed nine Pakistani troops in an ambush. AFP reports about 30 gunmen armed with mortar shells and rifles surrounded paramilitary soldiers on Monday in the Bara district of Khyber, part of the lawless tribal belt on the Afghan border used by NATO troops to truck supplies into Afghanistan. 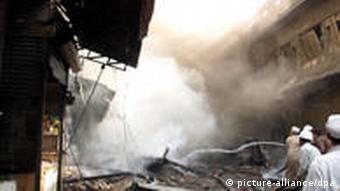 Officials have also confirmed the death of nine troops from the Frontier Corps paramilitary in an attack on the same day near Peshawar. At least 14 militants were killed in the fight that ensued between security forces and the militants. Peshawar is the main city in northwest Pakistan and a gateway to the semi-autonomous tribal areas on the Afghan border.

Pakistan’s reluctance to open a new military front leaves American options largely limited to US drone strikes, of which more than 50 have been reported so far this year.

After an escalation of tension with the United States, the Pakistani government has held a meeting to discuss its tactics in the 'War on Terror' and to outline its own domestic needs. (30.09.2011)

Fragile relations between US and Pakistan leave question marks

Tension between Pakistan and the US has been growing over a series of incidents, including the recent attack on the US embassy. Both governments are unilaterally discussing how they should handle bilateral relations. (29.09.2011)

Frosty US-Pak relations start to freeze over amid strong allegations

Islamabad says there will be no offensive against the Haqqani Network despite US allegations that the Pakistani intellegence service, ISI, has ties with the Islamist insurgents. Tension is growing between the two allies. (27.09.2011)