US open to 'practical' diplomacy with North Korea

The White House says Joe Biden is aiming for a realistic approach towards North Korea's denuclearization rather than his predecessor's "grand bargain" strategy. 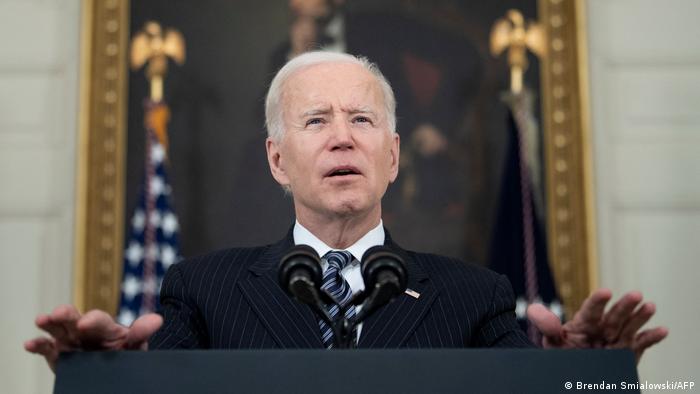 US President Joe Biden is seeking "a calibrated, practical approach that is open to and will explore diplomacy" with North Korea on denuclearization, the White House said on Friday.

The remarks came after the White House completed a review of US policy towards North Korea. Biden had promised in his election campaign to take a U-turn from his predecessors' policies.

US drops ambitions for 'grand bargain'

It is unclear what kind of diplomatic course the US would take, but Psaki signaled that Biden had learned from previous administrations.

What was the US policy towards North Korea before Biden?

Trump had downplayed Pyongyang's missile tests as he sought a nuclear deal to cement his foreign policy legacy.

Kim and Trump had two meetings but they failed to reach an agreement, despite Trump's attempts to "befriend" the dictator.

The last face-to-face talks between senior officials from the two countries were held in Sweden in October 2019, when North Korean envoys walked away from the negotiations, citing frustration with US sanctions.

On the other hand, Obama espoused a dual-track approach, keeping engagement open for North Korea's good behavior while seeking to impose sanctions for its bad behavior.

Biden is expected to focus more on consulting with Japan and South Korea rather than develop a rapport with Kim.

South Korea's President Moon Jae-in, due to visit the White House in May, had urged Biden to engage directly with Kim on denuclearization.

While visiting South Korea, US President Joe Biden said Washington and its allies were "prepared for anything," including Pyongyang restarting nuclear testing.