While Democrats fell short of an all-out "blue wave," their gains in the House could have a major impact on President Donald Trump's agenda. DW takes a look at how the results could hurt — or help — the US leader. 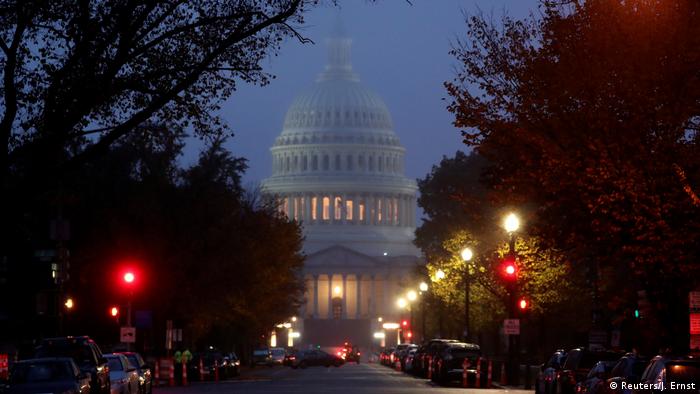 Tuesday's midterm elections in the United States saw mixed results for the two chambers of US Congress, in the first major electoral test of Donald Trump's presidency.

Democrats took back control of the House of Representatives, while Trump's Republicans expanded their hold on the Senate.

Out of the 435 seats in the House, Democrats secured at least 218 seats, giving them the majority in the lower chamber, with several races still undecided. In the 100-member Senate, Republicans secured a majority with 51 seats, with final results still coming in.

Follow our election coverage here: +++ US midterm elections - Results as they came +++

What changes for the Democrats?

Democrats said they will use their position in the House to put "checks and balances" on Trump's agenda, but said they would be willing to work with Republicans to find bipartisan solutions.

"A Democratic Congress will work for solutions that bring us together because we have all had enough of division," said Nancy Pelosi, the Democrat leader in the House.

Using subpoenas, they will be able to seek access to Trump's long sought-after tax returns as well as more aggressively probe Russian interference in the 2016 presidential election — and whether there was any collusion with Trump's campaign.

Republicans will no longer be able to pass legislation without help from the Democrats, meaning that any plans to easily push through conservative bills are likely to fail.

This makes it extremely difficult for Republicans to curb former President Barack Obama's health care law and to push through additional immigration restrictions.

How will a Republican-controlled Senate help Trump?

With Republicans still in charge of the Senate, Trump can breathe a sigh of relief. His party's control of the upper chamber of US Congress means that attempts to impeach Trump are likely to fail, as the trial would have to take place in the Senate.

White House spokeswoman Sarah Huckabee Sanders described the Senate results as "historic" and told reporters the election was "a huge moment and victory for the president."

The Senate is also where Trump's nominations to top Cabinet and judicial posts are confirmed. This means the president and the Republicans will be able to seat more conservative federal judges and possible Supreme Court justices should more spaces become available.

It also makes it easier for Trump to switch up his Cabinet and get replacements quickly approved.

The Republicans' slim majority in the Senate means that Democrats can still attempt to kill or delay legislation using filibusters and procedural delays.