Smoke columns from fires in the US state of California could spawn lightning storms that cause more blazes, experts warn. Several communities have been evacuated. 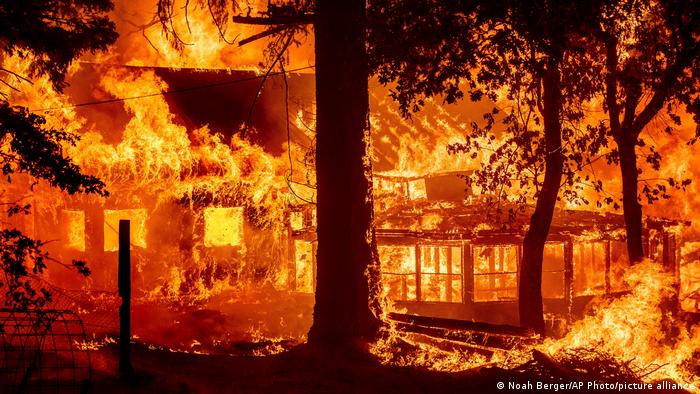 The fire has destroyed many buildings in its path, as here at the Indian Falls community in Plumas County

A fire in northern California has grown so large that it is creating its own weather system, with officials warning that lightning storms could ignite further blazes.

"If these [smoke] clouds get tall enough, they do have the potential to produce lightning," warned Julia Ruthford, a meteorologist who is monitoring the blaze.

The Dixie Fire in Butte County has burnt more than 77,000 hectares (190,000 acres) since mid-July. It gained ground on Saturday and was only 21% contained as of Sunday morning, according to the California Department of Forestry and Fire Protection. 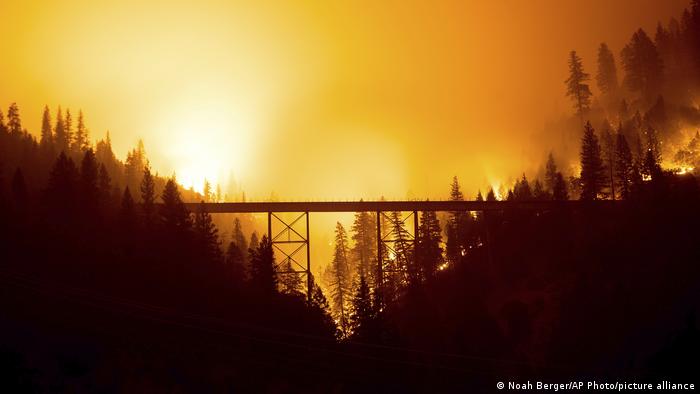 The Dixie Fire started on July 14

Some 5,400 firefighters are involved in trying to contain the fire, which has so far damaged relatively few buildings owing to its remote location.

Nonetheless, an area on the eastern shore of Lake Almanor is being evacuated, while five other areas are under evacuation warmings, as the blaze moves closer to more residential communities.

Fires in California have already destroyed three times more vegetation this year than they had at this time last year, which was the worst in the state's history.

The start to the fire season has been heavier than normal this year amid record temperatures and drought in the US West that experts link to climate change. 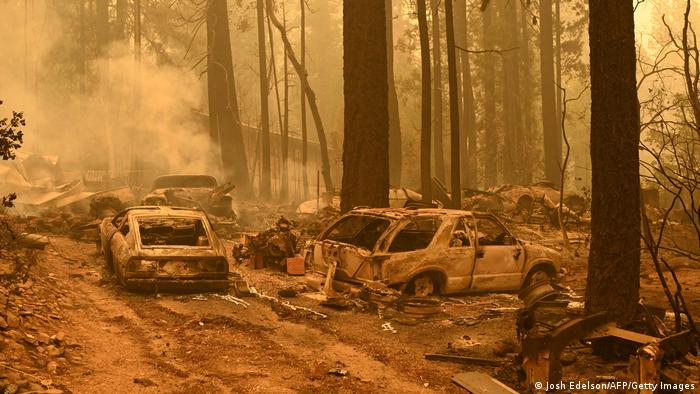 In the neighboring state of Oregon, more than 2,200 personnel are also battling a major blaze dubbed the Bootleg Fire, which has burned more than 165,112 hectares and also caused evacuations. It was 46% contained as of Sunday.

The US is currently seeing more than 86 large active fires across 12 states that have devastated more than 566,560 hectares in recent weeks, according to the National Interagency Fire Center (NIFC) in the state of Idaho.

An earlier than usual start to the wildfire season comes after extreme heat affected the region. Unhealthy air quality has been recorded as far away as New York City.