Nations need to wake up to the reality that climate change will affect everyone — and not in some far-off fictional future, says the New York-based Indian author. 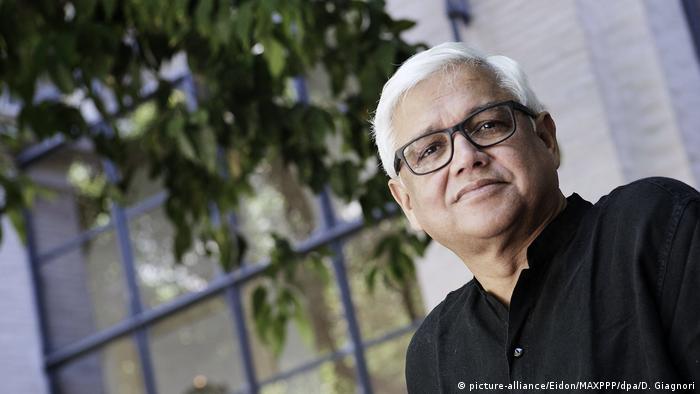 For Amitav Ghosh, nature is an intricate part of storytelling. The Indian author with Bangladeshi heritage who has made New York his home often uses the Sunderbans, the mangrove forests in the Bay of Bengal, as the setting for his stories.

These include novels like The Glass Palace (2000),The Hungry Tide (2004), Sea of Poppies (2008) and, most recently, Jungle Nama (2021), a story in verse form about the Sunderbans. The sensitive ecological zone, home to tigers and many other rare species of flora and fauna, is under severe threat owing to global warming.

Perhaps this is one of the reasons why Ghosh feels strongly about the effects of climate change and natural disasters — especially floods; these are a regular occurrence in South Asian countries.

"I was very struck ... by some of the comments coming out from Germany by the people who were hit by the floods," Amitav Ghosh says in a call from his apartment in New York. "For example, one woman said: 'You know, you don't expect something like this to happen in Germany. It's expected to happen in poor countries.'"

For the author, such statements show people haven't understood that climate change is real.

"In a sense, one of the things that is really becoming clear is we are in an era where our expectations of the past really don't apply. For example, it's often said that affluence and good infrastructure will protect people from terrible natural disasters and so on. And I think, increasingly, we see that is not the case," Ghosh says.

He illustrates his argument with another example: the wildfires that are raging in northern California, also one of the richest parts of the world.

Ghosh also points out that climate change is not just limited to natural disasters that uproot people's lives. It can be as innocuous as Californian vineyard owners complaining that their businesses are being destroyed because of smoke getting into wine grapes, he says.

Ghosh believes fthat iction needs to catch up with this reality. Since the 2016 publication of his book-length essay, The Great Derangement: Climate Change and the Unthinkable , Ghosh has been actively discussing climate change, especially in the context of writing stories.

When fiction is actually reality

In recent times, there have been landmark novels focusing on climate hazards. These include George Turner's The Sea and Summer (1987); James Bradley's Clade (2015); Barbara Kingsolver's Flight Behavior (2012); Margaret Atwood's Oryx and Crake (2003) and The Year of the Flood (2009); and Richard Powers' The Overstory (2018).

Ghosh's own book from 2019, Gun Island, deals with issues like global warming and the danger to fish from chemical wastes in the Sunderbans.

But Ghosh still has a problem with most current fiction works on global warming, a genre often referred to as eco-fiction, climate fiction, or cli-fi. He argues that it displaces natural disasters from the present time, when in fact it's all happening right now.

"I really have a problem with these genres. ... You treat this reality as though it was somehow unreal. You project it into the future or you make it into some kind of a fantasy," Ghosh says.

He says this could reflect a denial of lived reality.

"Today, what is so obvious is that this is an overwhelming reality, for those people in Germany, for example," Ghosh says. "They keep saying it's unbelievable, they can't believe it, it's never happened before. And that's just the point. The whole point is, it's not just unbelievable: It's real, it's happening. It's happening to us right now."

The 'arrogance' of the West

Ghosh believes the West has brought about the current global warming crisis through colonialism, industrialization. and, consequently, the new global culture of consumerism and increased production. This has helped Western countries dominate international policy in almost every aspect and be dismissive of cultures in less developed countries.

"The West has been so isolated by its incredible arrogance and its sense of superiority. It really needs to start learning from the rest of the world," he argues. Bangladesh experiences floods every year in the monsoon when the Padma — the Ganges in the South Asian country — overfloods its banks. "But very few people die because people are prepared, people know how dangerous floods can be," he says.

Ultimately, the increasing frequency of climate change-related catastrophes has made it clear that we as humans share a common predicament, Ghosh says, but adds that countries need to wake up to this new reality.

"I hope that one of the lessons people take away from this terrible tragedy in Germany is that nobody can afford to be complacent," he says. "All human beings are now facing the same plight. You cannot expect that, simply because you belong to an affluent country, that you're in some way protected."

Lessons on flooding drawn by one filmmaker

Johan Nijenhuis has produced a film and a series focusing on the risk of storms and floods in his native Holland. He tells DW why disaster preparedness was his focal point.