The US Attorney General has announced an investigation into an unarmed black's man death in an arrest over illegal cigarettes. Protests erupted in New York City over a decision not to indict an implicated white officer. 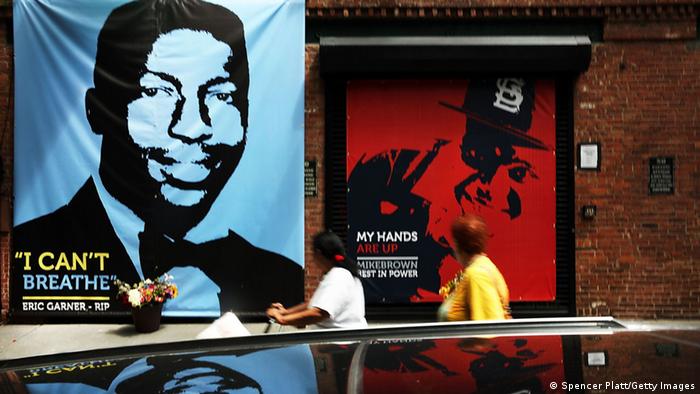 US Attorney General Eric Holder said on Wednesday that the Justice Department would launch a federal civil rights investigation into the death of Eric Garner, an unarmed black man who died after New York police put him in a chokehold.

Earlier on Wednesday, a New York grand jury had decided not to indict white police officer Daniel Pantaleo, who applied the chokehold grip. The incident happened in the New York borough of Staten Island in July, as police tried to arrest Garner on suspicion of illegally selling loose cigarettes.

The attempted arrest was captured on video and went viral over the Internet, fueling debate about US police and alleged racism.

"Our prosecutors will conduct an independent, thorough, fair and expeditious investigation," Holder told reporters. "In addition to performing our own investigative work, the department will conduct a complete review of the material gathered during the local investigation."

It was the second grand jury decision in a little over a week not to prosecute a white policeman implicated in the death of an unarmed black man. The decision by grand jurors not to proceed with charges against officer Darren Wilson over the death of teenager Michael Brown in Ferguson, Missouri, sparked a wave of unrest. 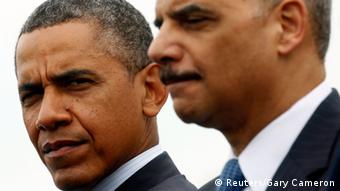 The latest grand jury decision sparked protest on Wednesday night, with hundreds rallying in both New York's Times Square and the Grand Central Terminal, as well as gatherings in other parts of the city. Amid the chants heard were "I can't breathe" - Garner's words captured on microphone during the arrest - and "How do you spell racist? N-Y-P-D!"

Holder, who called Garner's death "a tragedy," urged protesters to remain peaceful in their demonstrations. He implored demonstrators "not to engage in activities that deflect our attention from the very serious matters our nation must confront."

US President Barack Obama had earlier spoken about the case, claiming that the grand jury decision underscored the need to strengthen the trust and accountability between communities and law enforcement.

Bavaria mandates FFP2 masks, all of Germany may follow 2h ago

Germany charges 2 Syrians with terrorism over 2012 killing 3h ago

UK-Africa trade: What will Brexit change? 5h ago