After the fatal shooting of Michael Brown, the US attorney general will announce new guidelines to limit racial profiling. President Obama has also ordered a review of military weapons in the hands of police. 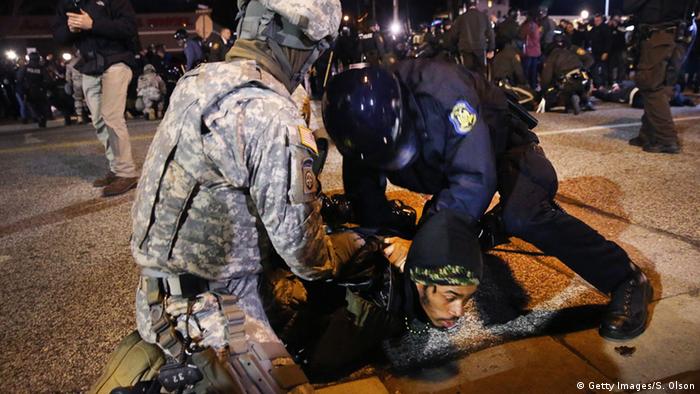 Speaking at the Ebenezer Baptist Church in Atlanta, Georgia, where 1960s civil rights leader Martin Luther King, Jr. was a preacher, Holder said the guidelines would be announced in the coming days and that they would "codify our commitment to the very highest standards of fair and effective policing."

The new guidelines would not pertain to local or state police forces, but to federal law enforcement.

Obama orders review of US police

The announcement came hours after US President Barack Obama ordered a review of US police.

On Monday, the president met with his cabinet to discuss programs that provide heavy weapons to local police forces. He also met with civil rights leaders, elected local officials, community leaders and police about how to better build trust between communities and law enforcement agencies. He ordered his staff to develop recommendations within 120 days on how to provide greater oversight such as requiring civilian approval of military-style acquisitions by local police departments.

"There is a big difference between our military and our local law enforcement and we don't want those lines blurred," Obama had said in August, when police launched a weaponized response to protests in Ferguson.

A review of programs that allow local police to acquire military equipment from the federal government has found that most of the purchases do not involve weapons, but rather office equipment or protective gear. Still, the report found that local law enforcement agencies had acquired about 460,000 pieces of controlled property, including 92,442 small arms, 44,275 night-vision devices, 5,235 Humvees, 617 mine-resistant vehicles and 616 aircraft.

The president also decided to create a task force on 21st-century law enforcement led by Philadelphia Police Commissioner Charles Ramsey and Laurie Robinson, a professor of criminology, law and society at George Mason University in Virginia. 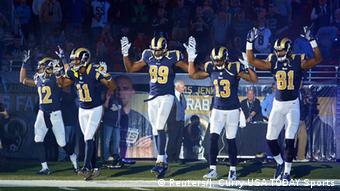 Obama's efforts come a week after a grand jury decided not to indict a white police officer, who, with six gunshots, killed unarmed black teenager Michael Brown. The shooting by 28-year-old officer Darren Wilson in August sparked outrage and mass demonstrations and restarted a national debate on racial profiling and police brutality. The protests in Ferguson, a suburb of St. Louis, Missouri where the shooting took place, and across the US have continued since the jury announced its decision.

Black and Latino men find themselves the frequent, and disproportionate, targets of law enforcement.

US policing tactics were harshly criticized by the United Nations last week, with the US being urged to "promptly, effectively and impartially" investigate all cases of police brutality and excessive use of force and to bring perpetrators to justice and ensure compensation for victims.

Black Friday in Ferguson and across the United States

US cities have seen scattered protests on the country’s biggest shopping day of the year. Not all activities were so political, however, on the annual American retail holiday known as Black Friday. (29.11.2014)