The court ruling came in an order demanding that the Justice Department provide the House with blacked-out evidence from special counsel Robert Mueller's Russia investigation. 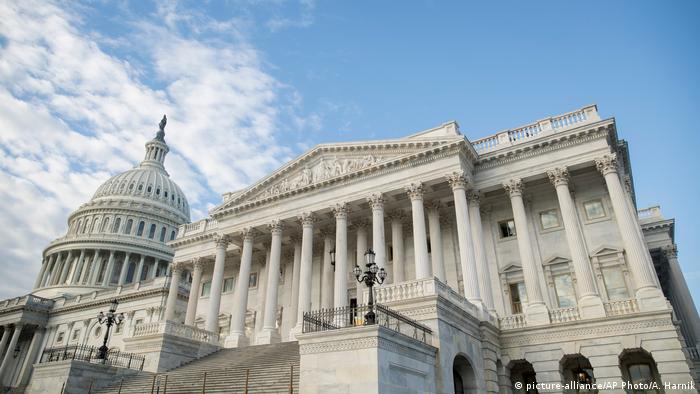 A US judge on Friday handed a major victory to House Democrats investigating US President Donald Trump and directed his administration to hand over an unredacted copy of secret grand jury testimony from special counsel Robert Mueller's Russia investigation.

US District Judge Beryl Howell also found that House Democrats are engaged in a legal impeachment inquiry, undercutting arguments from House Republicans and the administration that launching the probe was illegitimate without an initial vote.

The judge said the House does not need to vote on a resolution before formally initiating an impeachment inquiry, confirming the wide powers of Congress to carry out its constitutional role of conducting oversight.

"Blocking access to evidence collected by a grand jury relevant to an impeachment inquiry, as DOJ urges, undermines the House's ability to carry out its constitutional responsibility with due diligence," the judge said, using an abbreviation for the Department of Justice.

"DOJ is wrong," Howell said, adding that the committee's need for the materials "is greater than the need for continued secrecy."

"Impeachment based on anything less than all relevant evidence would compromise the public's faith in the process," added Howell.

House Democrats are investigating Trump for applying pressure on Ukraine's president to dig up political dirt on former Vice President Joe Biden, a front-runner to face off against the president in next year's election.

The Mueller report found Russia meddled in the 2016 US election but did not find sufficient evidence to establish a criminal conspiracy between the Kremlin and the 2016 Trump campaign. The special counsel did not come to a conclusion on whether Trump obstructed justice, but appeared to signal that it was up to Congress to take up the matter.

House Democrats believe the blacked out materials in Mueller's 448-page report released in April could reveal hidden details to lawmakers about Trump's actions during the 2016 election and become part of the impeachment drive.

"The court's thoughtful ruling recognizes that our impeachment inquiry fully comports with the Constitution and thoroughly rejects the spurious White House claims to the contrary," Nadler said in a statement. "This grand jury information that the administration has tried to block the House from seeing will be critical to our work."

The Justice Department said it was examining the ruling, which can be appealed.

The US House Intelligence Committee chair says Democrats have made "dramatic progress" in their impeachment investigation. Both the vice president and the president's personal lawyer say they won't comply with the probe. (16.10.2019)

In the latest testimony given to the impeachment inquiry against President Donald Trump, the former US ambassador to Ukraine said he "put pressure" to remove her from her post. (11.10.2019)