US holds 'candid and professional' talks with Taliban in Qatar

The US has promised to provide humanitarian support to the Afghan population, but maintained that it does not formally recognize the Taliban's rule. 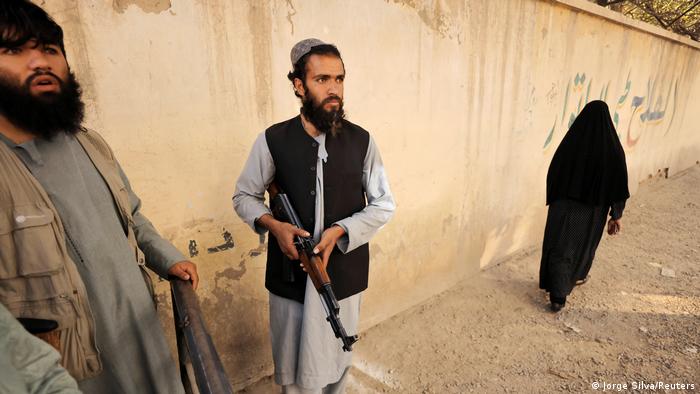 The United States said on Sunday that it held the first face-to-face meeting with Taliban officials since the militant group's takeover of Afghanistan in August.

A US delegation held talks with the group in Doha, Qatar, focusing on security and terrorism, the State Department said in a statement released at the end of the talks.

The delegation also tackled establishing a safe passage for US citizens,  other foreign nationals and Afghans wanting to leave the war-ravaged country, as well as women's participation in different aspects of Afghan society.

"The discussions were candid and professional with the US delegation reiterating that the Taliban will be judged on its actions, not only its words," the statement said.

But the assistance does not amount to a formal recognition of the Islamic fundamentalist group.

US officials said the meeting was a continuation of "pragmatic engagements" with the Taliban and "not about granting recognition or conferring legitimacy" to the group.

Suhail Shaheen, a Taliban spokesperson, also told The Associated Press that the group's interim foreign minister told US representatives that the Taliban were still committed to seeing that Afghanistan is not used by extremists to launch attacks against other countries.

The self-proclaimed Islamic State (IS) terror outfit, an enemy of the Taliban, has claimed responsibility for a number of recent attacks in Afghanistan. Washington considers IS the greatest terrorist threat emanating from Afghanistan.

The concern over extremist threats comes as the United States and Britain warned their citizens on Monday to stay away from hotels in the Afghan capital Kabul, particularly the well-known Serena.

"US citizens who are at or near the Serena Hotel should leave immediately," the US State Department said, citing "security threats" in the area.

In an update to its advice not to travel to Afghanistan, the UK Foreign Office issued a similar notice. It also singled out the Serena as a hotel to be avoided.

The Serena is the best-known luxury hotel in Kabul. It was popular with foreign visitors before the city fell to the Taliban in mid-August. It has twice been the target of extremist attacks.

What's the current situation in Afghanistan?

Since the Taliban took over Afghanistan in mid-August, Afghanistan's population has been struck by poverty and hunger as the country grapples with a severe economic and humanitarian crisis.

Following the Taliban takeover, the US froze around $9 billion (€7.7 billion) worth of Afghan assets, causing a shortage of liquidity that spiked the prices of basic necessities.

US officials say they are in contact with dozens of Americans and US permanent residents who are still in Afghanistan, as well as thousands of Afghans who have aided US military operations in the country.

The Taliban's return to power came two decades after they were ousted in a US-led invasion for refusing to hand over al-Qaida leader Osama bin Laden following the 9/11 attacks.