The UN's special envoy on Afghanistan says that freezing bank accounts to keep money out of Taliban hands could plunge millions more into poverty. 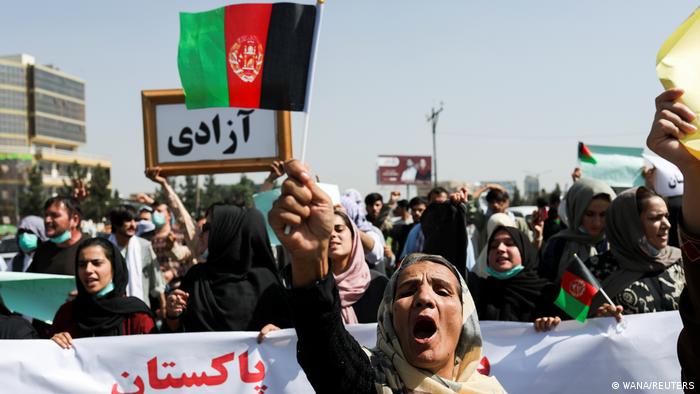 The freezing of funds in a bid to keep money out of the hands of the Taliban could end up causing a lot more harm to the people of Afghanistan, the UN special envoy to Afghanistan said on Thursday.

Deborah Lyons, the secretary general's special representative, told the UN Security Council that funds must continue being channeled into the country despite concerns regarding the Taliban government.

"The economy must be allowed to breathe for a few more months, giving the Taliban a chance to demonstrate flexibility and a genuine will to do things differently this time, notably from a human rights, gender, and counter-terrorism perspective," Lyons said.

Lyons told the 15-member council that if funding were to stop there would be "a severe economic downturn that could throw many more millions into poverty and hunger, may generate a massive wave of refugees from Afghanistan and indeed set Afghanistan back for generations."

An injection of money into Afghanistan is needed "to prevent a total breakdown of the economy and social order," Lyons said.

Much of the Afghan central bank's assets are not held in the country and the Taliban is unable to access the International Monetary Fund's $440 million (€372,000) emergency reserve.

The country is heavily reliant on foreign funding. As it stands, authorities are unable to pay staff, Lyons said.

There's been a general willingness among foreign donors to continue providing aid to the people of Afghanistan. The extent of that, however, is largely dependent on how the Taliban conduct themselves when it comes to respecting women and human rights in general.

Nobel Peace Prize Laureate Malala Yousafzai called on the Security Council to collectively influence the Taliban, and said it must push for girls to remain in school.

"We must support education for girls because it is their human right," Yousafzai said via video link. The 24-year-old survived a Taliban attack in 2012 in a case that made global headlines. She would go on to become an advocate for girls' education.

Meanwhile China has moved fast to establish some form of diplomatic channel with the Taliban and said the US using the Afghan central banks assets as a bargaining chip is ultimately hurting the people of Afghanistan.

"These assets belong to Afghanistan and should be used for Afghanistan, not as leverage for threats," said China's deputy UN ambassador Geng Shuang.

The UN has planned a pledging conference on Monday. But with the Taliban government unrecognized by any country, the path ahead has yet to be determined.