World wonders how to aid Afghans without recognizing Taliban

As the United Nations resumes flying humanitarian supplies to parts of Afghanistan, the EU and other countries are debating how to increase aid to Afghans without lending credibility to the Taliban. 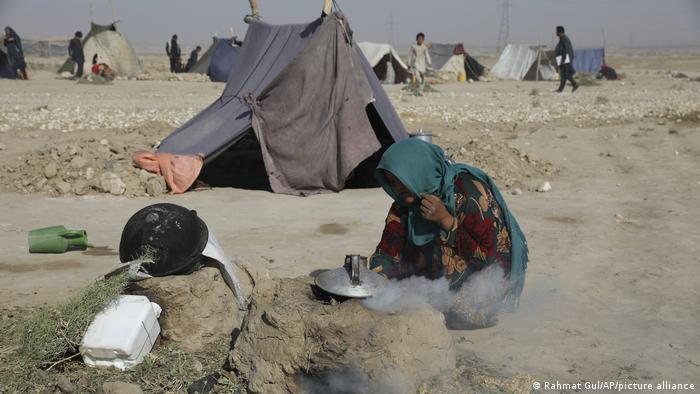 The United Nations has resumed air operations in Afghanistan through its Humanitarian Air Service in a bid to enable some 160 aid organizations to continue their activities in the war-ravaged country's provinces, UN spokesperson Stephane Dujarric said on Thursday. Aid supplies from the United Arab Emirates also arrived in Afghanistan on Friday.

The UN flights — operated by the World Food Program — connect the Pakistani capital of Islamabad with Mazar-i-Sharif in northern Afghanistan and Kandahar in the southeast.

Dujarric said the Rome-based food program has reported that three flights have landed in Mazar-i-Sharif since August 29 and efforts are being made to increase operations to additional regions.

As aid operations to Afghanistan take off, the European Union has been trying to decide how best to provide aid to Afghans without lending recognition to the Taliban.

EU foreign policy chief Josep Borrell said there could only be engagement according to strict conditions, and that engagement did not equate to regarding the fundamentalist group as Afghanistan's official rulers.

"In order to support the Afghan population, we will have to engage with the new government in Afghanistan, which doesn't mean recognition. It's an operational engagement," Borrell said.

The EU’s chief diplomat said women's rights must be upheld and the country would have to form an inclusive, representative transitional government.

Provision of aid would be dependent on the level of access given by the Taliban.

One regional expert doesn't think the Taliban are about to change their ways. Amalendu Misra, a professor of international politics at Lancaster University, told DW that the way the Taliban treated women was tied to its terror strategy and that the militant group may well continue on this path.

"It is very much more Taliban is doing, is very much a part of its terror strategy," he said. "It undermines the self-worth of women."

Misra also said the Taliban's core values fly in the face of democratic principles and are unlikely to change.

A Taliban spokesman said China would be keeping its embassy in Kabul open. Suhail Shaheen tweeted: "The Chinese Deputy Foreign Minister said that they would maintain their embassy in Kabul, adding our relations would beef up as compared to the past."

At a press briefing on Friday, Beijing said the embassy is functioning normally and would become an important channel between the two countries.

"We hope the Taliban will establish an open and inclusive political structure, pursue moderate and stable domestic and foreign policy and make a clean break with all terrorist groups," said Chinese Foreign Ministry spokesman Wang Wenbin.

Since the Taliban seized control of Kabul, ousting the Western-backed government on August 15, fears of a humanitarian catastrophe in the country have loomed large and relief organizations are holding talks with the Taliban to continue critical aid.

The UN has warned that 18 million people face the threat of a humanitarian disaster and another 18 million could soon join them if conditions deteriorate further.

Afghanistan has been battling a protracted drought, while the coronavirus pandemic in 2020 put further pressure on a barely functioning health system.