A US government lab study confirmed that vitamin E acetate is likely behind a wave of vaping illnesses and deaths. Most of the cases involved black market marijuana vaping products. 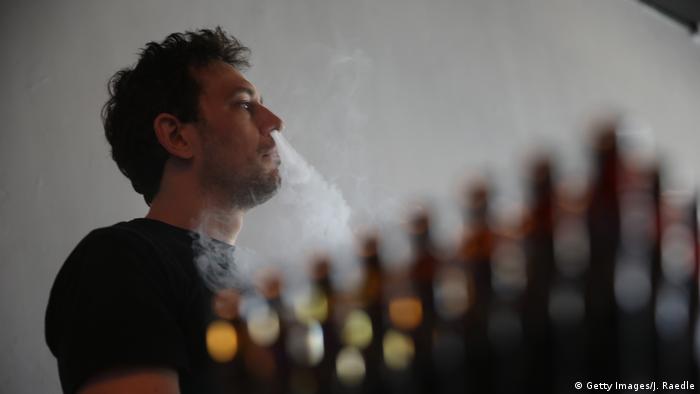 US health officials said Friday they had identified vitamin E acetate as the likely cause behind an epidemic of vaping-linked lung illnesses and deaths.

A Centers for Disease Control and Prevention (CDC) lab study found the oil in all of the 29 lung fluid samples from several states.

"This is the first time that we have detected a potential chemical of concern in biologic samples from patients with these lung injuries," CDC said in a statement. "These findings provide direct evidence of vitamin E acetate at the primary site of injury within the lungs."

Vitamin E acetate is found in many products, but is harmful if its droplets are inhaled.

CDC added that although no other potential toxins were found it remained possible that more than one chemical could be the culprit.

More than 2,000 cases of illness and 39 deaths in the United States have been tied to e-cigarettes or vaping.

Most of the cases are believed to be from inhaling products containing THC, the main psychoactive ingredient in marijuana.

Vitamin E acetate has been used as a thickener, particularly in black market vape cartridges.

CDC said that many of those who have become sick reported buying black market products containing THC.

The CDC recommended "people should not use e-cigarette, or vaping, products that contain THC, particularly from informal sources like friends, or family, or in-person or online dealers."