The WHO has said e-cigarettes are "undoubtedly harmful" and do not help people quit smoking tobacco. The UN health agency accused the tobacco industry of falsely claiming to want to reduce harm from tobacco use. 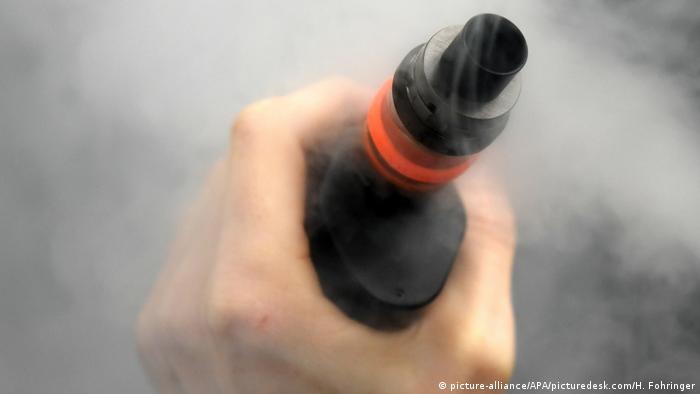 The World Health Organization on Friday called for regulation of electronic cigarettes, saying there was no proof they helped smokers quit their habit and could even be a gateway to tobacco addiction for young people.

It called misinformation disseminated by the tobacco industry about e-cigarettes "a present and real threat," saying that the industry was developing new products solely to expand its market under the cover of an alleged "harm reduction" strategy.

"WHO has clear guidelines — to get electronic cigarettes regulated," said Vinayak Prasad, the program manager of WHO's tobacco control unit.

"There is no difference between cigarettes and heated tobacco products except that in terms of exposure: The exposure is less and the smoke is not visible," he said.

He said there was also no proven basis to makers' claims that e-cigarettes assisted smokers trying to kick their conventional smoking habits, with evidence from the US even showing that they had led to more young people smoking.

"So it's also a gateway for young people," he said.

Last month, the US city of San Francisco banned the sale and manufacture of the products, joining a growing global trend toward restricting their use.

Still more than a billion smokers

In its new report on the global tobacco epidemic, the WHO did say some progress had been made on reducing smoking and tobacco use, but noted that there was still a persistent number of 1.1 billion smokers around the world owing to population growth — 80% of them in poor and middle-income countries.

"Quitting tobacco is one of the best things any person can do for their own health," said WHO Director-General Tedros Adhanom Ghebreyesus, praising governments that introduced anti-smoking policies such as cigarette taxes and advertising bans.

The latest WHO data shows that smoking and other tobacco use kills more than 7 million people a year globally, many through heart disease, stroke and lung and other types of cancer.

E-cigarettes have a reputation of being harmless compared to 'real' cigarettes. But scientists have presented new data that suggests these products might be dangerous - perhaps just as dangerous as tobacco itself. (12.02.2016)