E-cigarettes have a reputation of being harmless compared to 'real' cigarettes. But scientists have presented new data that suggests these products might be dangerous - perhaps just as dangerous as tobacco itself. 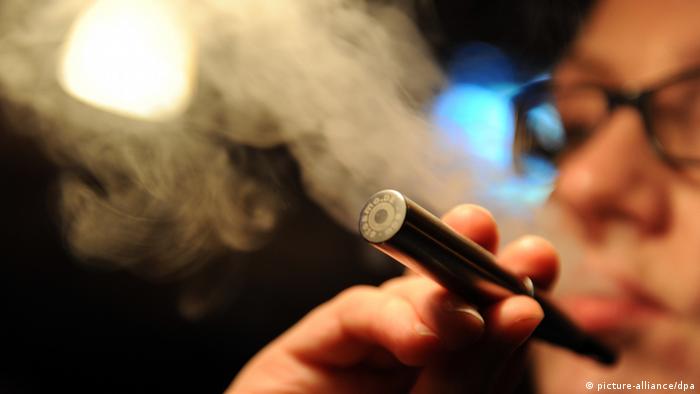 The market for alternative tobacco products such as e-cigarettes and e-hookahs is expanding rapidly. But the science and regulations around the safety of these products is struggling to keep up. The more scientists look into the effects of "vaping", the more worried they are.

"Our data points in the direction that e-cigarettes are not harmless at all," Judy Zelikoff, toxicologist at New York University Langone Medical Center, said on Thursday (11.02.2016) at the annual meeting of the American Association for the Advancement of Science.

The conference, which is currently taking place in Washington DC, has brought together members of the some of the biggest science organizations worldwide.

Zelikoff worries that pregnant women might smoke e-cigarettes "because they think that these products are safe."

But her animal experiments tell a different story, suggesting that using e-cigarettes while being pregnant may harm the fetus.

During her research, pregnant mice were exposed to e-cigarette vapor. She then compared their offspring to control animals that hadn't come into contact with alternative tobacco products in the uterus of their mothers.

The young animals showed genetic changes in the cortex of the frontal lobe, the part of the brain responsible for cognition, planning and motivation, according to Zelikoff.

"The genes that were affected in these animals are associated with mental illness such as schizophrenia," she said. 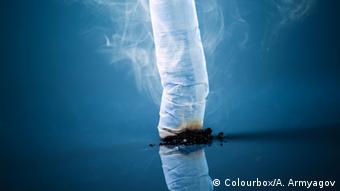 "Of course mice are not humans," Zelikoff accepted. "These are only animal models. But if I was pregnant, I would definitely look at these data from animal experiments with respect."

Smokers get sick more often than non-smokers. According to studies, that is because tobacco smoke impairs the immune system.

This might also be true for e-cigarette users, said toxicologist Ilona Jaspers of the University of North Carolina in Chapel Hill.

"We took nasal mucosa samples of human volunteers," she explained, "and inside them had a look at the genes that cover immune responses in the human body."

In traditional smokers, 53 of the 600 genes under investigation were suppressed. In e-cigarette users, the number was 385.

"This is consistent with an impaired immune response," Jaspers said.

When she exposed immune cells from healthy non-smokers in a petri dish to flavored e-cigarette liquids, the immune cells lost part of their functions essential to a potent immune system.

"The flavors in these liquids might be perfectly safe for oral digestion," she said, "but they were never tested with regard to what happens when they are inhaled."

Through heating up, these chemicals might change their chemical structure and turn into something else.

New lung diseases might even be emerging due to these alternative tobacco products, Jaspers said. 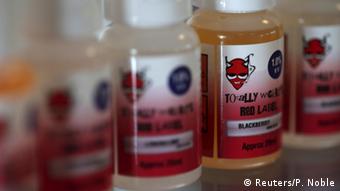 Flavors may be safe to digest but harmful when inhaled

Traditional tobacco smoke contains about 8000 chemical substances, most of which form due to incomplete combustion processes.

Compared to that, many people view e-cigarettes as a pure source of nicotine.

"But e-cigarette vapor has much more in it than nicotine," Zelikoff said.

The liquids and vapor in e-cigarettes contain - beside water, nicotine and flavor - chemicals such as glycerol, propylene glycol and poisonous acrolein.

She said she was "surprised" to see that mice offspring showed even more genetic changes when their mothers were exposed to nicotine-free e-cigarette vapor.

"People think that nicotine is the most dangerous substance in e-cigarette vapor, but possibly, it is not."

A good way to stop smoking?

E-cigarettes are often viewed as a healthy alternative for chain smokers.

"People say that this way smokers can reduce their cardiovascular harm," said Daniel Conklin of the University of Louisville, "but I wouldn't say that. At the moment, we simply don't know if it is a wise move."

"By simply exchanging one habit for another one might even introduce new health risks without reversing the existing ones," Jaspers added.

There is one thing that all three experts definitely agree on: If someone uses vaping temporarily, as a way to stop smoking altogether, that might be worth the unknown risk.

In the end, becoming a non-smoker is still the best and healthiest thing to do – and the cheapest, too.

E-cigarettes will no longer be sold to children and adolescents, according to a new draft law in Germany. And rightly so, says Martina Pötschke-Langer of the German Cancer Research Center. (09.11.2015)

The E-cigarette: Ban on sale to minors in Germany

Vaping has become a popular alternative to smoking. But that's now over for minors. Are e-cigarettes more harmful than previously believed? Pulmonologist Dr. Robert Loddenkemper shares his insights on the topic. (21.04.2015)