E-cigarettes can cause heart attacks, vascular diseases and depression: study

A US study shows that e-cigarettes are harmful, with vapers risking heart disease and depression. But conventional cigarettes are even more dangerous. 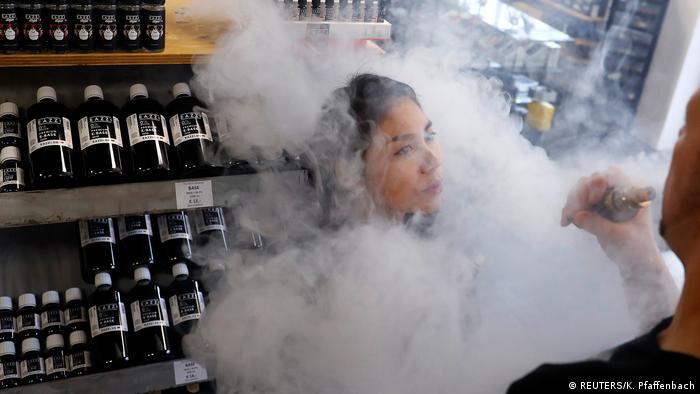 Smokers of e-cigarettes have — in comparison to non-smokers — a 56 percent higher risk of heart attacks. The risk of a stroke is also about 30 percent higher.

These findings come from a team led by medical professor Mohinder Vindyhal, assistant professor at the University of Kansas School of Medicine in Wichita. Vindyhal will present his research results at the ACC19 cardiology congress in New Orleans on March 18, 2019.

Don't use that vaporizer!

"I wouldn't want any of my patients nor my family members to vape," Vindyhal said. "We found that regardless of how frequently someone uses e-cigarettes, daily or just on some days, they are still more likely to have a heart attack or coronary artery disease."

His study disproves the widespread myth that e-cigarettes are harmless because they do not emit fumes and thus release fewer toxins from the combustion process into the lungs.

However, normal cigarettes performed even worse than e-cigarettes, according to the study. There, the risk of a heart attack was 165 percent higher, coronary artery disease 94 percent higher and stroke 78 percent higher.

Vindyhal used data from the National Health Interview Survey of the Center for Disease Control and Prevention.

On average, consumers of e-cigarettes were younger than those of traditional cigarettes with an age of 33 years compared to over 40 years.

"Until now, little has been known about cardiovascular effects relative to e-cigarette use," Vindyhal says. "These findings are a real wake-up call and should prompt more action and awareness about the dangers of e-cigarettes."

In e-cigarettes different carrier liquids are evaporated. These may contain chemicals such as glycerol, propylene or ethylene glycol.

In addition, the liquids contain various flavors and other chemicals. The temperature of the electrically operated "cigarette" must be high enough to generate steam.

Vindyhal estimates that there are more than 460 different e-cigarette types on the US market and more than 7700 flavors. About one in 20 US citizen "vapes" already.

Read more: 'E-cigarettes must be treated like tobacco cigarettes'

A co-pilot with his head in the clouds has caused an Air China airliner to plunge 25,000 feet by mistakenly turning off the air conditioning. He was trying to stop the smoke from his e-cigarette from entering the cabin. (13.07.2018)