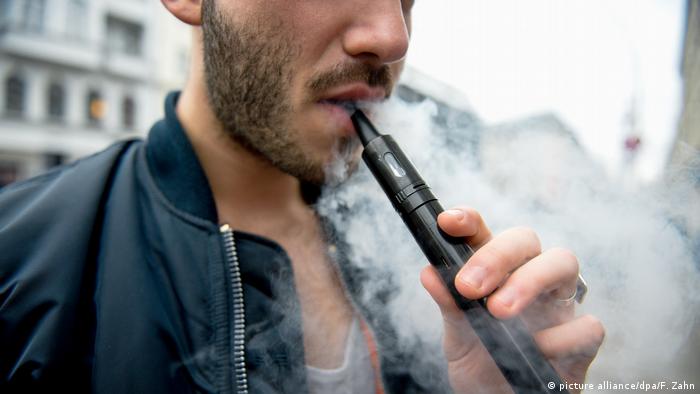 This should include cigarettes and "all vapor products," she told reporters in Berlin during a press conference to present the 2019 national drug and addiction report.

According to the study, cigarette use is gradually sinking in Germany, but that's not the case for e-cigarettes, or vaporizers.

"We're seeing that the use of e-cigarettes is clearly increasing, especially among teenagers and young adults," Ludwig said. "This trend has to be stopped."

Cannabis remains the most widely used illicit drug among adolescents and adults alike. Around 19% of teenagers said they had used cannabis in their lifetime, compared to 42.5% of young adults between the ages of 18 and 25.

Fewer people are using heroin, cocaine and newer psychoactive substances. Nevetheless, heroin and other opioids were the main cause behind the 1,276 drug-related deaths in 2018. The death toll was around the same in 2017.

Ludwig stressed that there needed to be a bigger push to help people with addictions, as well as a more open dialogue about drug policy rather than "ideology-based debates."

Read more: Smoking or vaping: e-cigarettes as a lesser evil

The Trump administration will ban flavored e-cigarettes. It comes in response to a surge in youth vaping and health concerns following a handful of mysterious deaths and hundreds of lung illnesses linked to the product. (12.09.2019)