As the US pursues an increasingly unilateral course, Heiko Maas has suggested forging alliances with nations favoring a multilateral world order. But Professor Thomas Jäger from Cologne University urges caution. 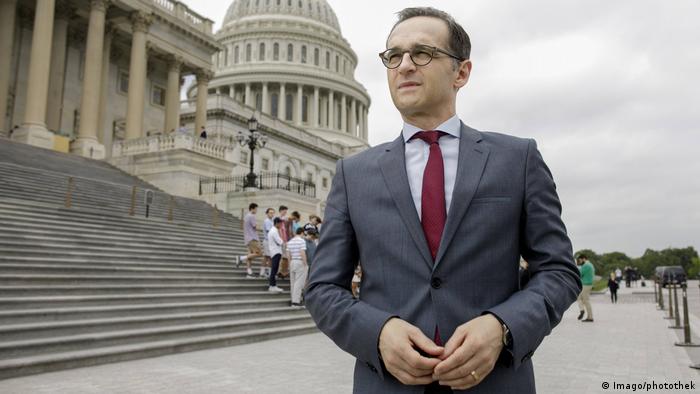 DW: German Foreign Minister Heiko Maas has suggested forging new international alliances. That would mean Germany distancing itself from the US. Is that a sensible idea?

Thomas Jäger: No. Currently, the exact opposite would be needed, namely to bring the US and Europe closer together. That would run somewhat counter to the US administration's stance, which makes it especially difficult. But turning our backs on the US is playing with fire, given all the work the US puts into European affairs.

But how is cooperation with America's current president even possible?

That is the crux. We have to deal with [US President Donald] Trump. But we were also forced to deal with US President George W. Bush in the past. The trans-Atlantic relationship was strained then, too. But back then we focused on dialogue, championing our own values. It was similar with Ronald Reagan, who was not popular in Europe either.

We have experience in dealing with US leaders who oppose European interests and who are unpopular in Europe. These kinds of tensions have become more pronounced under Donald Trump's leadership. And yet, the US is the power that keeps the West united, raising the European Union's international profile. Without the US, the West as we know it would be no more. 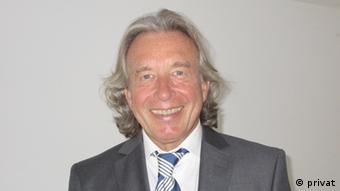 What about China? Some German observers say we have more in common with China's policies on trade and customs than with the Americans. But China shares even fewer of Europe's values than Trump.

Absolutely correct. China is no alternative for several reasons. Sure, there is some agreement between Germany's and China's governments on trade. But that is about it. China is an autocracy. It does not share European values. It cannot contribute to European security. On the contrary. European governments are observing that China's government is gaining more influence in Europe through its "Made in China 2025" project and the New Silk Road initiative. It is trying to strategically acquire companies to increase its influence, much to the chagrin of European governments.

Where is the world headed in general? And how should Germany act?

The main problem is that currently things are very turbulent. It is difficult to keep a handle on developments. And German Foreign Minister Heiko Maas is right when he says things are becoming ever more uncertain. That makes governing extremely challenging and undermines the government's approach, which is to establish institutions that work to strengthen international cooperation.

Yes, the European Union represents a kind of tightly fitted corset that sets the parameters for German foreign policy. Germany wants to strengthen the World Trade Organization (WTO), while US lawmakers say they no longer see any value in the institution. So the German government focuses on creating institutions where it holds a seat and has a say, and where collective decisions are made.

Larger states, in turn, often prefer bilateral agreements, which allow them to better leverage their power. That's nothing new, but the approach is becoming more visible today because the US is now also choosing to break with tradition.

Russia and China have always favored unilateralism. America has occasionally pursued unilateral decision-making in the past. So Trump is not the first to embark on this course. Even though, until Trump, the US principle had been: "Multilateralism if possible, unilateralism if necessary." Trump has turned this principle into: I will not speak to anyone who does not do what I want.

Two former advisors from within the Canadian and US administrations have warned of the economic threat posed by US President Donald Trump ahead of the G7 summit in Canada, which kicks off today. (08.06.2018)

Former US diplomat and Balkan mediator James Pardew talks to DW about the current administration in Washington, its foreign policy and whether or not President Trump will manage to finish his mandate in the White House. (22.03.2018)

German Chancellor Angela Merkel and US President Donald Trump emphasized the importance of transatlantic ties at a press conference on Friday. Iran, trade and defense spending were high on the agenda. (27.04.2018)