Does anyone take the WTO seriously anymore? The globalist agency, tasked with dealing with trade agreements and settling trade disputes, had been sidelined for years even before Trump revived protectionism. 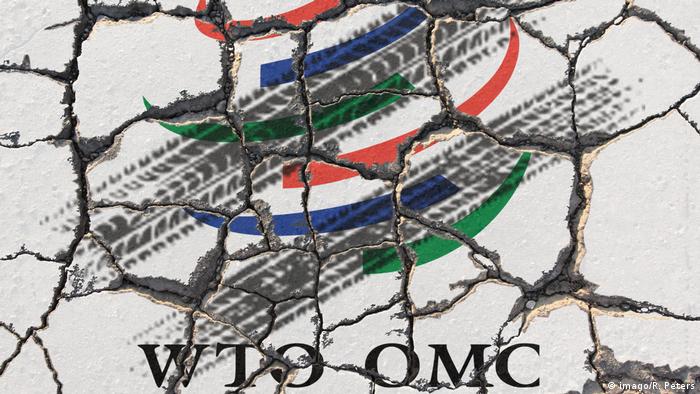 The World Trade Organization has been weary for a long time. It began life in 1995 as the successor to GATT, the General Agreement on Tariffs and Trade. The WTO process of developing new global, managed trade agreements works according to a plan of multiple years of negotiations that attempt to attain agreement on issues defined in preparatory meetings.

These years-long negotiations are  called "rounds," and the latest round, termed the Doha Development Round, was initiated in 2001. Its objective was to lower trade barriers around the world.

Negotiations stalled after the breakdown of talks in July 2008. The main difference was between industrial nations on the one side, and developing nations on the other. The latter, led by India, demanded a "special safeguard mechanism" for certain sectors, especially farmers, that were important domestic constituencies and suppliers of jobs, to protect them against import surges or price falls due to aggressive competition from heavily mechanized foreign competitors. The US refused to agree to India's proposals.

Farmers in the United States and the European Union are not only heavily mechanized; they are also heavily subsidized. Farmers in India or Africa are unable to compete with their prices as a result.

Since 2008, the WTO has limped along, making incremental progress on some matters, such as reducing red tape at borders, but it has been sidelined in regards to major trade agreements. With the Doha Development Round on ice, various countries have in recent years turned to developing bilateral or regional trade deals, as a replacement for out-of-reach global agreements.

The WTO has for years been slowly declining in relevance - and the advent of Trump has accelerated the trend.

Two major trade deal negotiations in multilateral category were TPP, or Trans Pacific Partnership, and TTIP, the Transatlantic Trade and Investment Partnership. Negotiations for TPP had been completed just months before Donald Trump was elected, but the deal had not been ratified. Negotiations for TTIP were well along, but not yet completed.

After taking office, Trump canceled US participation in both, in line with his "America First" rhetoric, in which he had long claimed that the US had for many years been taken advantage of, or "ripped off," by its trading partners. This was ironic, given that critics of both TPP and TTIP, such as "STOP TTIP," an alliance of more than 500 European civil society organizations, had complained for years that both agreements were crafted specifically to benefit major multinational corporations and financial interests, including especially American business interests, at the expense of labor and environmental protection.

But Trump's political base includes Rust Belt voters in high-umemployment regions who blamed trade agreements and imports for decades of decline in American manufacturing jobs. It is unclear whether TPP or TTIP were in technical terms likely to add or subtract from the total number of US corporate profits or jobs.

TPP, analysts say, was driven more by geostrategic than economic logic, from a US point of view. The deal excluded China. It was essentially an anti-China coalition recruited by the United States, meant to bring together an economic alliance of nations bordering on the Pacific Ocean, including Japan, Malaysia, Vietnam, Singapore, Brunei, Australia, New Zealand, Mexico, Peru, Chile, and Canada. The goal was to reduce these countries' dependence on trade with China, and bind them more closely to the US. Negotiations were initiated in 2006, and were completed in 2016.

After the Trump administration refused to ratify the deal in early 2017, the remaining 11 countries consulted among each other and decided to move ahead anyway. After a mercifully brief round of negotiations to amend the deal, it was approved in March 2018 under the name "Comprehensive and Progressive Agreement for Trans-Pacific Partnership."

President Trump has expressed a preference for negotiating bilateral trade and investment deals, rather than a multilateral approach — presumably in part because in any bilateral negotiation, the US will be by far the more powerful partner, and more likely to be able to call the shots than in a multilateral deal.

While some analysts believe that the recent protectionist measures announced by the Trump administration have more to do with Trump pandering to his voter base in advance of congressional midterm elections this autumn than with economics, it seems clear that the new tariffs on steel, aluminum and automobile imports to the US are intended to increase leverage in bilateral or multilateral trade and investment negotiations by demonstrating that the Trump administration is willing and able to take risks and make tough plays in negotiations.

Most economists argue that protectionism hurts everyone concerned, but if it hurts the US much less than its negotiating partners, the advantage may nevertheless lie with Trump.

That's because the US economy is far less dependent on foreign trade, as a percentage of the economy as a whole, than are most of the countries with which it is engaging in games of economic chicken over which side will be the first to make concessions.

As a percentage of GDP, US trade with other countries has a volume totalling 27 percent of GDP, according to World Bank estimates from 2016. (This doesn't mean that 27 percent of US goods and services are exported. It's just a ratio, calculated by adding together the value of both imports and exports, and dividing by total annual gross domestic product.)

In contrast, the corresponding numbers for Germany, China, Japan, Canada, and France are respectively 84, 37, 31, 64, and 60. The higher the number, the larger the dependence of the country on external imports and exports. In each case, these countries have more to lose from losing access to US markets than vice versa. So even though protectionist measures hurt both sides, they disproportionately hurt US trading partners worse than they hurt the US itself.

President Trump and his trade policy team presumably know this full well, and they're betting that the US's trading partners will make concessions on the terms of trade with the US in order to retain access to the US market.

But first, Trump has to show he isn't bluffing — that he is fully prepared for the US to absorb some pain in terms of reduced exports, in order to pressure US trading partners to make concessions.

Meanwhile, he will benefit politically in the lead-up to midterm Congressional elections by making populist moves he claims are intended to protect American steelmakers' and automakers' jobs.

It looks like a win-win strategy, on the surface. However, there are costs in terms of the US' long-term position in the world: If the "leader of the free world" begins to seem like an unpredictable, unreliable, and sometimes hostile bully even to its closest friends in Europe and Asia (an impression deepended by Trump's unilateral decision to pull out of JCPOA, the Iran nuclear deal), they will respond by hedging their geoeconomic and political bets, rather than continuing to dance loyally to Washington's tune, as many have done since the Second World War.