US drug regulators have given approval for the country's first coronavirus vaccine, developed by Germany's BioNTech and US drugmaker Pfizer. The first shots could be administered early next week. 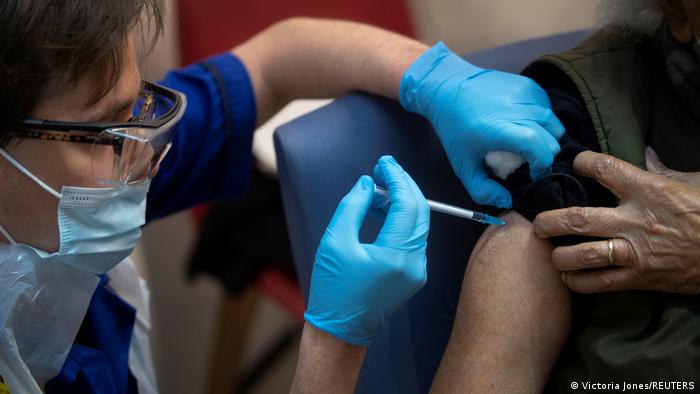 The US Food and Drug Administration (FDA) on Friday authorized the BioNTech-Pfizer vaccine for use in the United States.

The approval will kick off a mass-inoculation campaign as the country reels under surging coronavirus case numbers and fatalities.

"I am authorizing the emergency use of Pfizer-BioNTech COVID-19 vaccine for the prevention of COVID-19," FDA chief scientist Denise Hinton wrote in a letter to a Pfizer executive.

When will vaccination begin?

The first shots are expected to go to health care workers and elderly people living in nursing homes. A Centers for Disease Control and Prevention (CDC) advisory committee is expected to recommend who will be first in line.

Shortly after the authorization was announced, US President Donald Trump hailed it as a "medical miracle," adding that the vaccine is "very safe."

"We have made sure that this vaccine will be free for all Americans," Trump said in a video published on social media. "We have already begun shipping the vaccine to every state and zip code in the country. The first vaccine will be administered in less than 24 hours," Trump said.

US Health and Human Services Secretary Alex Azar told broadcaster ABC News on Friday, ahead of the authorization, that the Trump administration was working with Pfizer on distribution and "we could be seeing people getting vaccinated Monday, Tuesday of next week."

US has pre-ordered 100 million doses

Azar said earlier this week the US hopes to have 20 million people inoculated by the end of the month. The US has already ordered 100 million doses of the vaccine from Pfizer, which are to be supplied in total by next March. This would inoculate 50 million people, as the vaccine is given in two doses.

The US is the worst-hit country in the world by coronavirus, with over 15,780,000 total cases and over 294,000 total deaths. On Friday alone, over 171,000 new infections have been reported and over 2,000 people have died, according to the Johns Hopkins University.

In an ongoing BioNTech-Pfizer-study with nearly 44,000 test subjects, the vaccine was found to be safe and more than 90% effective across different ages and physical conditions. The FDA authorization for emergency use means the vaccine is still experimental, and it is still unclear how long the protection will last.

The US joins several countries including the United Kingdom, Canada and Mexico in approving the vaccine for emergency use.

The next vaccine candidate up for review by the FDA is being developed by US pharmaceutical company Moderna.

Its late-stage trial results released on November 30 showed a 94% efficacy rate. An FDA expert panel is set to review Moderna's vaccine on December 17. European Medicines Agency (EMA) regulators are due to review the vaccine by January 12.