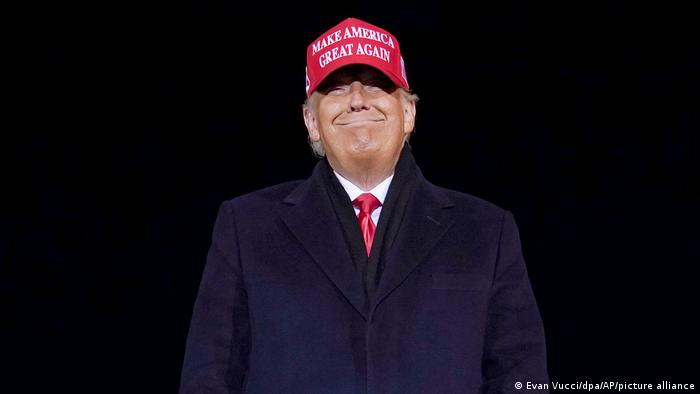 Former US President Donald Trump filed a lawsuit Monday against Letitia James, the New York attorney general, alleging his civil rights were violated by her more than two year-long investigation into his businesses, The New York Times first reported.

The lawsuit was filed in upstate Syracuse, New York and lists Trump and the family real estate firm as plaintiffs.

In the lawsuit, Trump's lawyers call on the judge to halt James's more than two year-long investigation into fraudulent practices at his family real estate firm, arguing that the effort is a violation of his constitutional rights.

Trump attorney Alina Habba wrote in an email to Reuters news agency: "By filing this lawsuit, we intend to not only hold her accountable for her blatant constitutional violations, but to stop her bitter crusade to punish her political opponent in its tracks."

Trump and his attorneys have long charged the investigations into his businesses were motivated by politics.

If James finds evidence of wrongdoing at Trump's firms, she can file suit against Trump, but he would not face the threat of jail time because her inquiry is civil, not criminal in nature.

The Manhattan district attorney, Cyrus Vance Jr., is conducting a separate criminal investigation into whether Trump defrauded lenders by inflating the value of his assets. James's office is assisting with that probe.

Ethics lawyer: Special prosecutor should investigate ‘everyone in the Trump administration’

Where will the investigations lead?

Two weeks ago, James signaled she hoped to depose Trump under oath next month. His lawyers fired back in response that they would check any effort to do so and ask a judge to throw out the subpoena.

James began her probe in March of 2019. Both prosecutors have focused on many of the same aspects of Trump's business practices.

Vance is leaving office at the end of the year. He has yet to say whether his investigation will continue under Alvin Bragg, his successor.