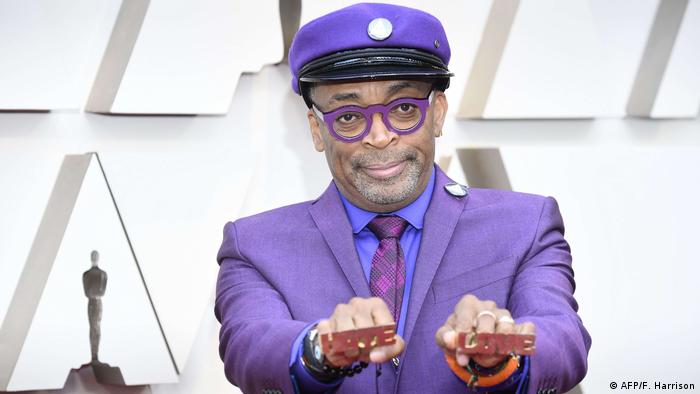 Cannes Film Festival directors are aiming to "shake things up" with the choice of US filmmaker Spike Lee as jury head. Lee said he was "honored to be the first person of the African diaspora" selected for the position.

"When I got the call ... I was shocked, happy, surprised and proud all at the same time," Lee said in a statement, adding that the Cannes festival had "changed the trajectory of who I became in world cinema."

Read more: When rap and film meet to spark a revolution

Festival organizer Thierry Fremaux stressed that the naming of the first black president of the Cannes jury was not a political move, but instead, "a message of universality.''

In an interview with France's RTL radio Tuesday, Fremaux noted the diverse nationalities of jury members and directors whose films are shown at Cannes.

An array of Spike Lee's films have been screened at Cannes, with his BlacKkKlansman garnering a major prize at Cannes last year. The 62-year-old filmmaker succeeds Mexican director Alejandro Gonzalez Inarritu as head of the panel that will award the 73rd Palme d'Or prize.

Countering criticism on lack of diversity

The announcement comes amid criticism of the lack of diversity among global film competitions. Cannes and its rival Venice, for instance, have gotten flack for the lack of female directors in their main competitions, even as they have selected gender-balanced juries.

French actress Isabelle Adjani, whose father was Algerian, was the first person of African descent to lead the Cannes jury in 1997. In addition, only one Asian, Hong Kong director Wong Kar-wai, has ever presided over the French festival's jury in its over 70-year history.

The debate on diversity in the film industry has also been making recent headlines through the nominations for the Oscars and the British Academy Film Awards, which included exceptionally few or no women and minorities in their top categories.

Two dissident directors are part of the festival's selection: the Iranian Jafar Panahi and the Russian Kirill Serebrennikov. Other provocative filmmakers are part of the line-up, including Jean-Luc Godard and Spike Lee. (12.04.2018)