Selfies are forbidden on the red carpet; Harvey Weinstein is persona non grata in Cannes, but Lars von Trier no longer is. While #MeToo remains a dominant issue, there are more women on the jury than in the competition.

While fans are ready to wait for hours to get a picture of the star couple on the red carpet, they will not be allowed to snap a selfie with them in the background. 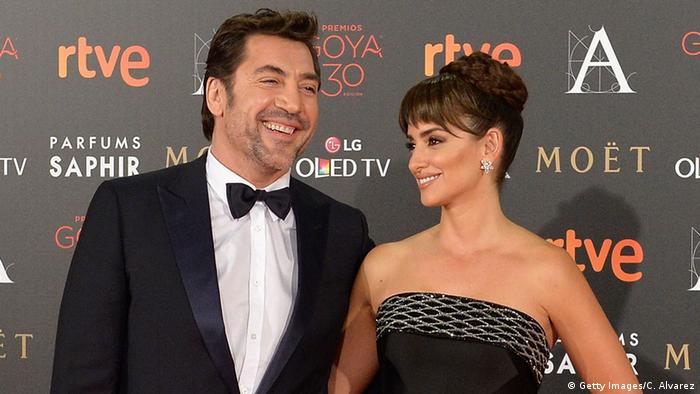 Javier Bardem declared his love for Penelope Cruz in Cannes in 2010. The couple open the film fest together

"The entire world has changed since last September," added Fremaux, referring to allegations of sexual abuse in the film and entertainment business.

In a year dominated by the #MeToo movement, the number of female filmmakers at the film fest is higher than many years, but there's still a long way to go in the battle of the sexes.

Only three women directors will be vying for the Palme d'Or among a selection of 21 works: Lebanon's Nadine Labaki for "Capernaum," France's Eva Husson for "Girls of the Sun," and Italian Alice Rohrwacher with "Lazzaro Felice."

This is still better than in 2010 and 2012, when the competition didn't even include a single film directed by a woman.

A majority of women however make up the jury, including actresses Kristen Stewart and Lea Seydoux and director Ava DuVernay. It is headed by Australian actress Cate Blanchett, a vocal campaigner against sexual harassment, who revealed on the opening night of the festival in an interview with US entertainment magazine Variety that Harvey Weinstein had acted inappropriately toward her. 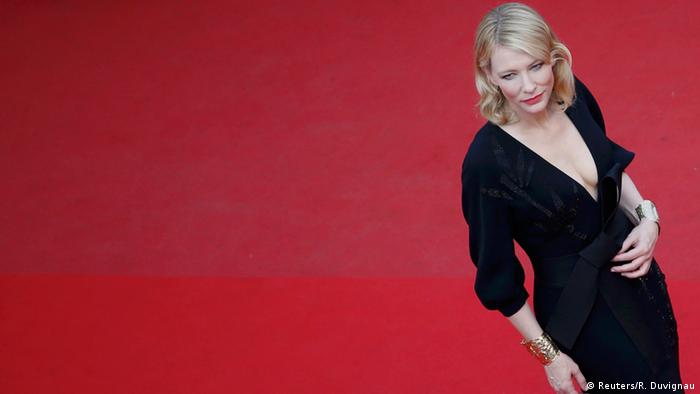 Cate Blanchett on the red carpet in 2015

The 2018 competition also features highly political names. Iranian director Jafar Panahi and his Russian counterpart Kirill Serebrennikov are in the running for the prestigious Palme d'Or prize — even though neither can leave their home country. Despite pleas with authorities in the two countries, festival director Thierry Fremaux was pessimistic on Monday about their chances of making it. Panahi is under a work and travel ban and Serebrennikov is under house arrest.

Lars von Trier back in Cannes

In a separate section, German veteran Wim Wenders will be showing his documentary, "Pope Francis — A Man of his Word," while the latest Star Wars spin-off focusing on Han Solo, "Solo: A Star Wars Story," will celebrate its premiere, adding stars to the festival's legendary red carpet.

Von Trier was also reinstituted this year after being banned from the festival Cannes ban  in 2011 for joking about being a Nazi and having sympathy for Hitler. His latest film, "The House That Jack Built" will be screened outside of competition.

"He is not anti-Semitic. He is not anti-Jewish. He is not a Nazi. He was punished, and (festival president) Pierre Lescure along with the board decided that the punishment had lasted long enough," Fremaux said.

Icelandic pop singer Björk had alleged in October that Von Trier had sexually harassed her during the making of the movie "Dancer in the Dark," claims denied by the Danish film director.

Read more: A 'Utopia' in Björk's world of music 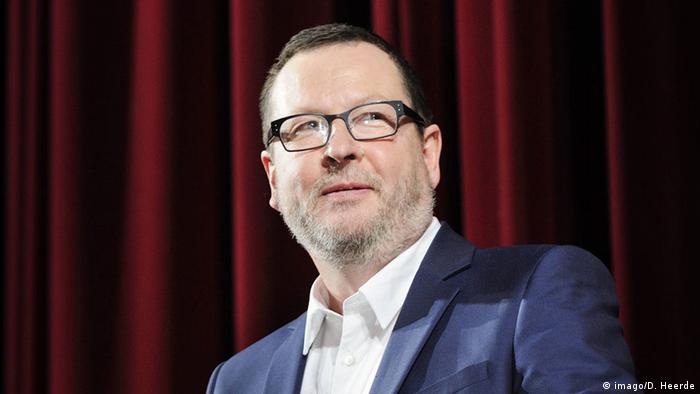 Streaming giant Netflix decided to pull out of the festival shortly before the program was revealed in April, despite potentially having four films in the running for honors, including Paul Greengrass' much-awaited "Norway" about the 2010 Utoya massacre.

Who will win the Palme d'Or?

Will a female director obtain the festival's highest accolade, the Palme d'Or?

As very few women have been nominated throughout the history of the festival, they also have less chances of winning. New Zealand's Jane Campion remains the only female to have obtained as a solo director the prestigious top award, for "The Piano Lesson" in 1993. Danish star and filmmaker Bodil Ipsen shared her 1945 Palme d'Or with co-director Lau Lauritzen Jr. for "The Red Meadows." In the best director and best screenplay categories, there have been only four women among the 111 winners, according to AFP.

The award ceremony will be held on Saturday, May 19.

Opinion: Lars von Trier has a penchant for provocation

After being thrown out of the running in Cannes, director Lars von Trier apologized for saying he sympathized with the Nazis. DW film expert Jochen Kürten comments on the first-of-its kind incident. (20.05.2011)