US warplanes have destroyed an "Islamic State" chemical weapons production facility near the Iraqi city of Mosul. IS has been accused of using chlorine and mustard gas. 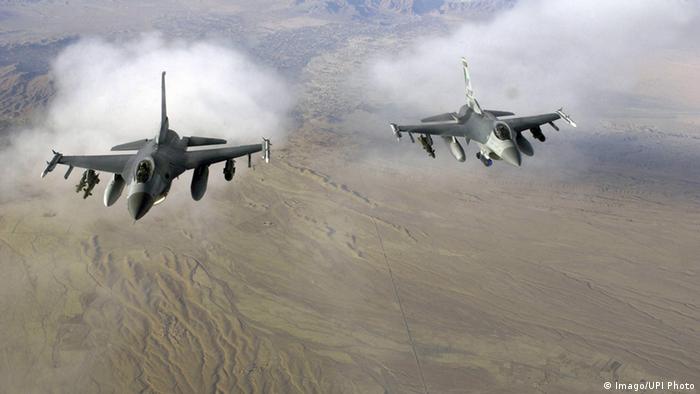 A dozen US warplanes destroyed nearly 50 targets at an "Islamic State" chemical weapons production plant in northern Iraq, the Pentagon said on Tuesday.

The barrage of airstrikes near the terrorist group's stronghold of Mosul targeted a converted pharmaceutical manufacturing plant and headquarters.

IS has been accused of using mustard and chlorine gas against civilian and military targets in both Iraq and Syria.

The airstrikes come as Iraqi security forces conduct "shaping" operations around IS-held Mosul in anticipation of an offensive to retake Iraq's second-largest city.

US captures 'IS' chemical weapons specialist in Iraq

US media has reported that the army is holding a high-level weapons advisor to the 'Islamic State' group. The man has admitted to helping the jihadists in their quest to develop more concentrated mustard gas. (09.03.2016)

Chemical weapons attacks have killed nearly 1,500 people in Syria, according to a new report. A UN war crimes expert says the documentation of the attacks will allow for international prosecution in the future. (14.03.2016)

There is evidence that mustard gas was used in Iraq last year, says the Organisation for the Prohibition of Chemical Weapons (OPCW). It is the first known use of chemical weapons in Iraq since the fall of Saddam Hussein. (15.02.2016)