The US is beefing up its forces in the Middle East to counter what it calls military threats from Tehran. US officials are claiming that Iran is moving short-range ballistic missiles onto small boats. 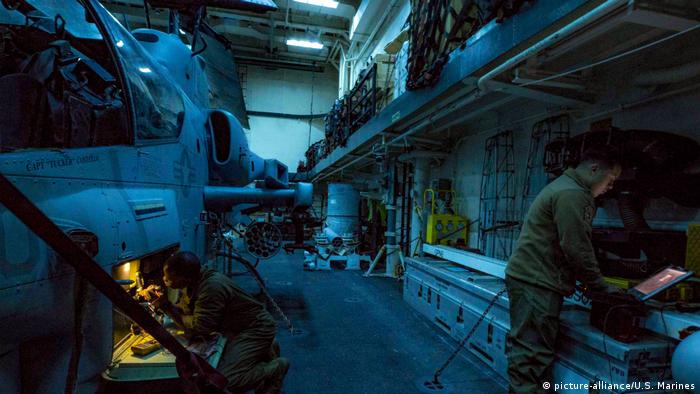 The United States will deploy a Patriot missile battery and an amphibious assault ship to the Middle East to counter what Washington said was a threat from Iran, the Pentagon announced on Friday.

"These assets will join the USS Abraham Lincoln Carrier Strike Group and a US Air Force bomber task force in the Middle East region in response to indications of heightened Iranian readiness to conduct offensive operations against US forces and our interests," the Pentagon said in a statement.

Iran recently announced it would roll back some of its commitments to the 2015 nuclear deal, which has been severely undermined by a US withdrawal from the accord a year ago.

They will join an aircraft carrier strike group and bombers in the region.

Unnamed US officials claimed to US media that intelligence showed Iran had moved short-range ballistic missiles onto small boats called dhows along its shore.

Last weekend, US President Donald Trump's national security adviser, John Bolton, announced the aircraft carrier deployment, which was to send a "clear and unmistakable" message to Iran about any attack against the US or its partners in the region.

US President Trump 'open to talk' to 'threatening' Iran

The US president has suggested that he is willing to talk to Iranian leadership despite tensions between Washington and Tehran. But US officials have warned of "a swift and decisive US response" if Iran strikes first. (09.05.2019)