US could see half a million coronavirus deaths by end of winter, study warns

A new model has predicted high levels of daily deaths in late December and in January in the US. Researchers also say that a nationwide mask mandate could save 130,000 lives. 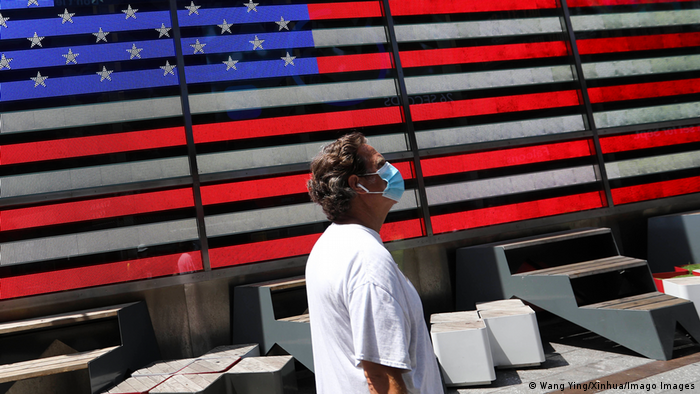 Some 500,000 people in the US could die from coronavirus by the end of February 2021, a new estimate by researchers at the University of Washington's (UW) Institute for Health Metrics and Evaluation showed on Friday.

The UW estimates warned that with few effective COVID-19 treatment options and no vaccines yet available, the US faces "a continued COVID-19 public health challenge through the winter."

"We are heading into a very substantial fall/winter surge," said IHME director Chris Murray, who co-led the research.

"We expect the surge to steadily grow across different states and at the national level, and to continue to increase as we head towards high levels of daily deaths in late December and in January," Murray said.

Read more: US election: 'COVID changed nothing' for Trump supporters and opponents in Ohio

The US has been one of the hardest-hit nations in the world, where more than 8.4 million people have been infected and more than 221,000 have died so far from the virus.

Researchers warn that large, populous states such as California, Texas and Florida will likely face particularly high levels of illness, deaths and stress on hospital resources, in the coming winter.

Masks could save lives

The UW modelling study also mapped out various scenarios and their projected impact on the epidemic's spread.

One thing researchers found was that universal mask-wearing would have a major impact on deaths rates, potentially saving 130,000 lives.

"Expanding mask use is one of the easy wins for the United States ... and can save many lives," Murray said.

Mask use in the US varies widely, with some states like New York setting strict rules on when to wear them, while other states have no requirements.

The issue has fallen along political lines, with supporters of President Donald Trump questioning their usefulness or refusing to wear them.

Murray warned that the US may see the same trend as parts of Europe, where high transmission rates have forced governments to re-introduce social distancing measures to curb the winter surge. 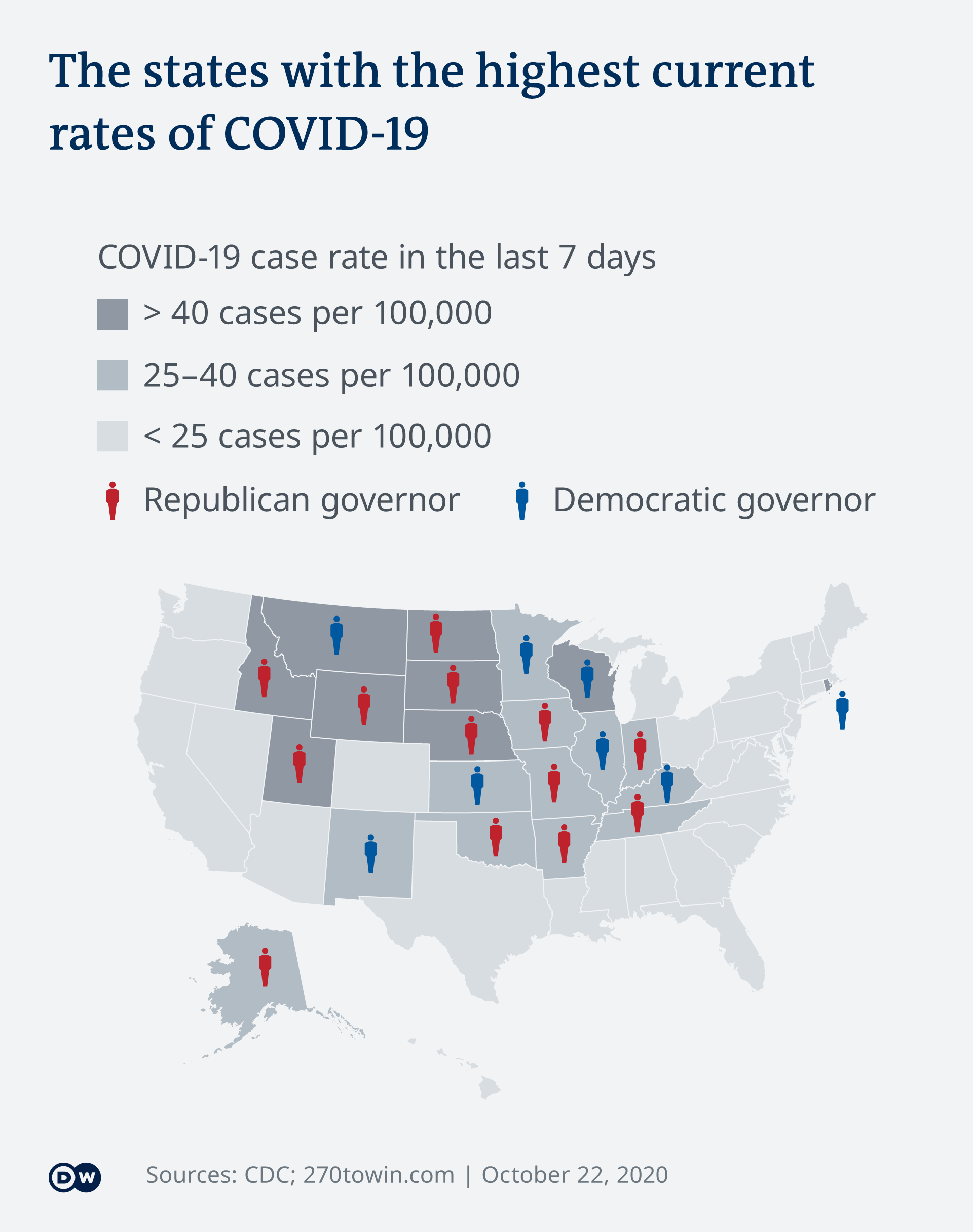 On Friday, the US recorded more than 70,000 coronavirus infections within one day, in what was the highest number of daily cases since July.

Read more: Dogs detect coronavirus fast and reliably — why not use them everywhere?

The rising cases came as Trump said on Thursday during a presidential debate that the US was "rounding the corner" and the virus was "going away." The US president added that the country was "learning to live" with the virus.

Murray dispelled the notion, saying that projection and real-life current evidence of rising infection rates and deaths showed there is no basis to "the idea that the pandemic is going away."

"We do not believe that is true," he added.