Top congressional leaders have announced the first new aid in months to boost the pandemic-hit US economy. The legislation is expected to have enough votes to pass Congress. 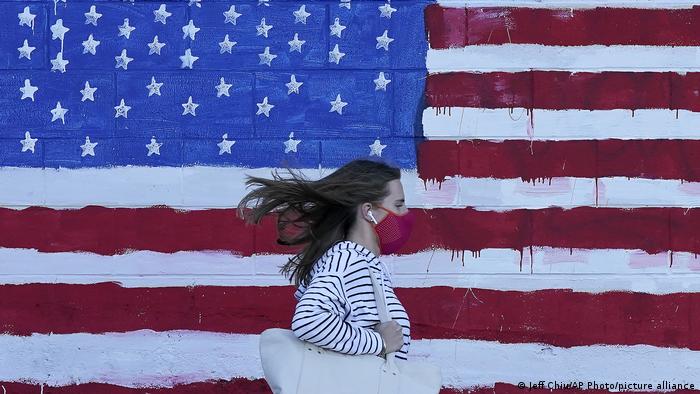 The House of Representatives is expected to vote on the bill on Monday, followed by the Senate

US lawmakers have reached a deal to finalize a $900-billion (€735-billion) economic relief package that would deliver long-overdue help to businesses and individuals hit by the pandemic, top congressional leaders said Sunday.

"We've agreed to a package of nearly $900 billion. It is packed with targeted policies to help struggling Americans who have already waited too long," Republican Senate Majority Leader Mitch McConnell said in a statement.

Chuck Schumer, the top Democratic senator, said the relief bill should have the votes to pass Congress.

"Today, we have reached an agreement with Republicans and the White House on an emergency coronavirus relief and omnibus package that delivers urgently needed funds to save the lives and livelihoods of the American people as the virus accelerates," Schumer and House Speaker Nancy Pelosi, also a Democrat, said in a statement.

What does the aid include?

The relief package will include $600 in direct payments to most Americans and would establish $300 per week in temporary supplemental jobless benefits.

It would give hundreds of billions of dollars of additional aid to small businesses and provide $25 billion for rental assistance, according to sources cited by the Reuters news agency. The bill would also include aid for vaccine distribution and logistics.

The package is the second-largest stimulus bill in US history, following the $2.2 trillion in aid that was passed under the CARES Act in March.

The Democratic-led House of Representatives is expected to vote on the legislation on Monday, said a spokesperson for House Majority Leader Steny Hoyer. This would be followed by a vote in the Republican-controlled Senate later in the day.

Both chambers of Congress passed a stopgap measure on Sunday evening to extend federal funding by 24 hours to avoid a government shutdown, giving lawmakers more time to pass the relief bill. The measure is now headed to President Donald Trump to sign into law. The current funding expires at midnight.

The relief package had been held up by months of wrangling between Republicans and Democrats, who accused each other of posturing and acting in bad faith.

The legislation comes at a critical time for the world's largest economy. Millions of Americans are set to lose jobless benefits after Christmas, and federal moratoriums on evictions and on the repayment of student loans are to expire at the end of the month

While the US has approved two vaccines for emergency use, the number of coronavirus cases and deaths continues to rise. Joblessness has also been rising over the past two weeks. The Federal Reserve estimates that the unemployment rate will end the year at 6.7%, before dipping to 5% in 2021.