The Pentagon has confirmed a top "Islamic State" leader was killed in an strike in Syria. IS said last month Abu Mohammed al-Adnani had been "martyred." 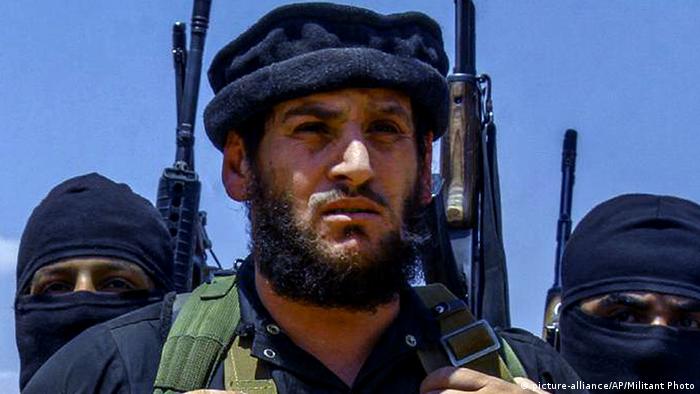 Abu Mohammed al-Adnani was considered one of the jihadist group's top leaders. Al-Adnani led the group's strategy to conduct attacks abroad by recruiting foreign fighters, forming militant cells in Europe and inspiring lone wolves to launch their own assaults.

"The strike near Al Bab, Syria, removes from the battlefield ISIL's chief propagandist, recruiter and architect of external terrorist operations," Pentagon press secretary Peter Cook said in a statement, using another acronym for the group.

"It is one in a series of successful strikes against ISIL leaders, including those responsible for finances and military planning, that make it harder for the group to operate," he added.

IS said on August 30 al-Adnani had been "martyred" while conducting a review of military operations around Aleppo.

The Pentagon had said they targeted al-Adnani but were trying to confirm his death.

He was taken out by a Predator drone armed with a Hellfire missile that targeted a car he was travelling in.

Russia also took credit for his death shortly after it was announced, a claim the Pentagon described as a "joke."

"Islamic State" has confirmed the death of its spokesman, Abu Mohamed al-Adnani. Al-Adnani was monitoring operations in Syria when he was killed. (30.08.2016)

"IS" jihadists have released a statement confirming the death of the group's second in command Fadhil Ahmad al-Hayali, also known as Hajji Mutazz. He was killed in an August airstrike, according to the White House. (13.10.2015)