US authorities have posted a call for proposals on two different kinds of wall - one solid concrete, one see-through. It has to look aesthetically pleasing, but only on the American side. 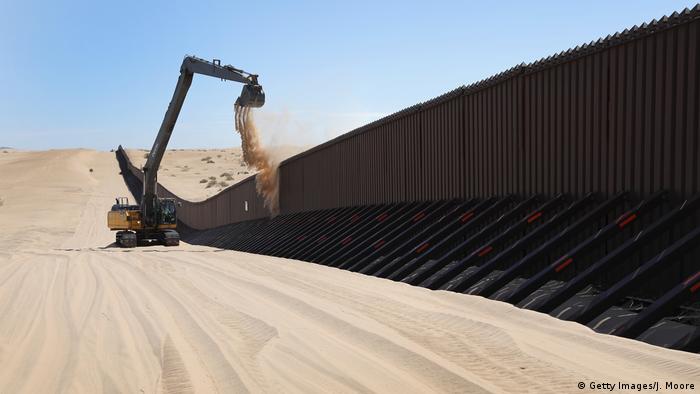 The US-Mexico wall should be 30 feet (9 meters) high, difficult to climb or cut through and look good from the north side, according to US government contract notices.

Two calls for tender were posted by Customs and Border Protection, the Homeland Security Department agency that will oversee the project and eventually patrol and maintain the wall.

The first notice asks for a solid concrete wall, while the other asks for proposals for a "see-through" structure.

Both require the wall to be "physically imposing in height," ideally 30 feet high - but potentially just 18 feet. Neither should be scalable, even using sophisticated climbing aids, and both should be sunk at least six feet into the ground to avoid tunneling.

The walls would include 25- and 50-foot automated gates for pedestrians and vehicles. 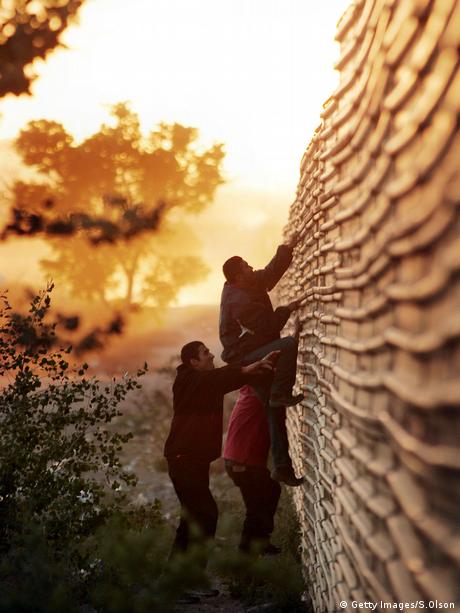 The wall is deeply reviled in Mexico, with lawmakers calling for sanctions on Mexican firms involved

'Pleasing in color' - on the US side

Both should be "aesthetically pleasing in color" and texture consistent with the general environment, but only from the north side.

Successful applicants would be asked to build a 30-foot-wide sample wall in San Diego for final selection.

Trump's new budget proposal included a $2.6 billion down payment for the wall, but the total cost of the project was still unclear.

The Government Accountability Office estimated it would cost about US$6.5 million per mile (3.8 million euros per kilometer) for a pedestrian-proof fence and about $1.8 million a mile for a vehicle barrier. Congressional Republicans said the wall would cost between $12 billion and $15 billion, and Trump suggested $12 billion.

An unnamed government official involved in the project told The Associated Press that an internal report estimated the cost of building a wall along the entire border at about $21 billion. 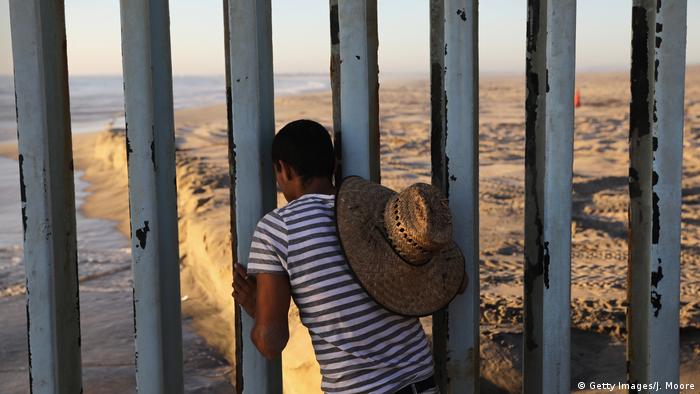 Senator Gabriela Cuevas of the opposition National Action Party was due to introduce a bill barring the government from doing business with any Mexican firm that participates in the wall's construction.

Mexican cement giant Cemex back-flipped on comments that it was ready to supply materials for the wall. Its stocks had risen to eight-year highs on speculation that the wall would require US$1 billion of concrete.

Another construction giant, Elementia - partly owned by Mexican billionaire and Trump critic Carlos Slim - said it wants nothing to do with the project.

A company in the central Mexican state of Puebla called Ecovelocity pulled back after initially saying it wanted to install lighting for the wall.

Trump's insistence that Mexico pay for the wall, together with his attacks on Mexican immigrants as "criminals" and "rapists," caused a diplomatic row between the two neighbors with Mexican President Enrique Pena Nieto canceling a White House visit in January.