A US-backed alliance of Syrian militias has launched an offensive to clear the "Islamic State," from areas north of its self-declared capital Raqqa. The offensive could pave the way for an eventual assault on Raqqa. 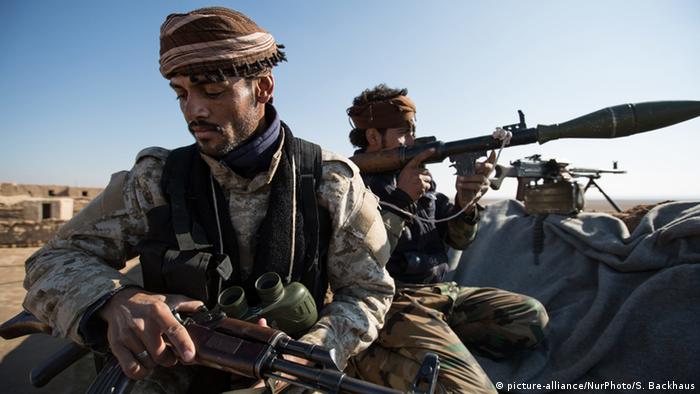 The Syrian Democratic Forces (SDF) announced on Tuesday the start of a "liberation campaign" in the northern Raqqa countryside.

The SDF is an alliance of Arab and Kurdish militias that have carved out broad swaths of territory in north and northeastern Syria. Its main fighting force is the Kurdish YPG militia, considered the best fighters against IS.

The offensive comes days after a rare visit to northern Syria by US Central Command Commander General Joseph L. Votel, who met with SDF forces to assess their strength. The visit prompted speculation the US-backed forces may be preparing for a large scale offensive.

Since then, the US has provided the alliance with weapons and supplies. Last month, the Obama administration announced the US would deploy 250 special operations soldiers to join up with the SDF. They joined with 50 special forces sent last year.

The SDF said US special forces would be embedded with its units during the offensive.

The US aims to build up the Arab component of the SDF in preparation for an assault on Raqqa. The YPG is hesitant to drive too deep into non-Kurdish populated territory and want allied Arab forces to take the lead in any offensive on Raqqa.

The SDF is currently about 40 kilometers north of Raqqa. The SDF offensive comes as across the border in Iraq security forces and Shia militia make gains near the IS-stronghold of Fallujah. US-coalition airstrikes are supporting that operation.

The retaking of Fallujah could free up resources to advance on IS-held Mosul, Iraq's second largest city.

The women in the Syrian city of Raqqa suffer greatly under the oppression of the terrorist organization "Islamic State." DW had exclusive access to some of those women, who spoke about their daily lives. (06.04.2016)