The women in the Syrian city of Raqqa suffer greatly under the oppression of the terrorist organization "Islamic State." DW had exclusive access to some of those women, who spoke about their daily lives. 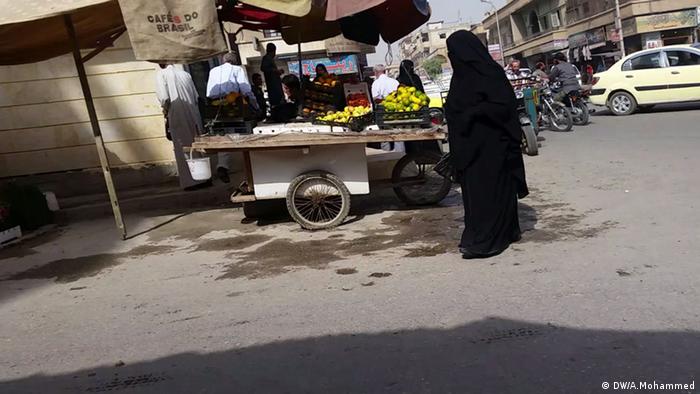 Every aspect of a vivid life disappeared in the northeastern Syrian city of Raqqa after "Islamic State" ("IS") took over. Joy, happiness and liveliness were replaced by darkness. The clothes of men and women, the walls, the buildings, the banners: They are all dark now.

After IS imposed its version of sharia law, women were banned from wearing anything other than black. All women in Raqqa became alike. You might not even recognize your own sister or mother on the street. Even perfumes and talking loudly in public are punishable offenses for women.

A 25-year-old woman - who requested to be referred to as "Hala" - spoke with DW about her life in this broken city, and how she's faring under the rule of IS.

"I have lived my entire life in Raqqa and studied at its university. My soul is bound to this city. I wasn't really liberal, but I had enough freedom and no restrictions other than social norms and traditions, and only when it came to my clothes and lifestyle. I didn't wear a headscarf (hijab) and it wasn't a problem," Hala said.

But all of that has changed since IS captured the city, which is also the capital of its territory that stretches over parts of Syria and Iraq.

Women: IS' obsession and nightmare

The Syrian regime lost control of Raqqa in 2013, but it wasn't until IS managed to drive out other armed rebel groups that restrictions on women were implemented.

At first, they were ordered to wear black veils known as niqab covering their entire head, along with black gloves and a loose black dress. Things soon went from bad to worse: Women were restricted to wearing only black and were banned from wearing perfume and speaking loudly in markets. The new rules even dictated the shape of the shoes and the way a woman should walk. The jihadis closed schools and universities and banned women from leaving the city without a male relative. And eventually, they banned women from studying outside of the city. 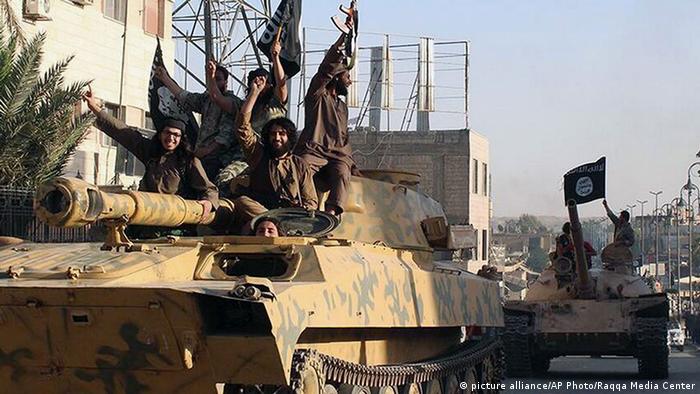 IS took full control of Raqqa after Syrian forces withdrew in 2013. The city is considered the capital of Islamic State territory

"The group established the Khansa Brigade, which is tasked with searching for women violating these rules, whether on the street or in markets or even inside their own houses," Hala told DW.

"This brigade is made of immigrants (foreign women who traveled to Syria to join IS) and Syrian women that used to have bad reputations, as well as IS fighters, who seem to have nothing else to do but interfere in women's lives."

Hala recalls that she was admonished several times for not being clothed properly, making her hate going out of the house.

"I have seen several women who were beaten by a cane in the market, and some of them were arrested because they weren't clothed in an Islamic way".

Her home has become her prison, her grave.

IS didn't stop at changing the women of Raqqa; it also tried to change the city's norms and traditions to conform with its own interpretation of sharia law.

"I used to dream of marrying someone I had fallen in love with, like any normal girl. But now things have changed, and to get married you need to either be seen by the suitor's sister or mother first. I would never be able to see or speak to him alone. Only after we officially marry would I be able to see him," explains Hala.

The 25-year-old's options were very limited in Raqqa as a single woman, so she chose to get married, even if it meant doing it the traditional way - saying it was a way to change her life. 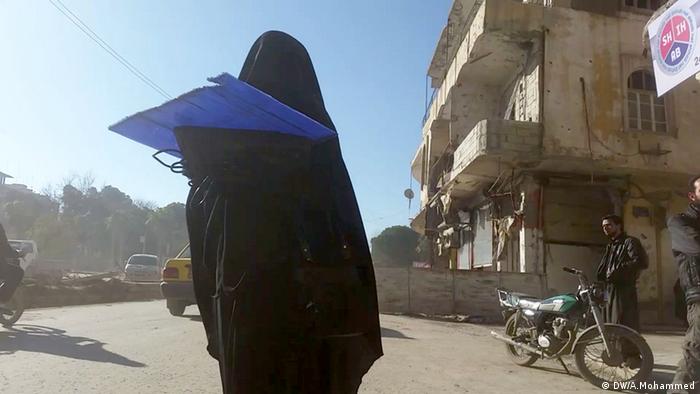 Under IS law, women must cover themselves completely in a black niqab

Hala is not alone. Many young girls there are forced to marry in order to seek out a different life and escape the horror of marrying an IS fighter. But even after marriage, markets remain forbidden and simple walks are unthinkable.

All that the women of Raqqa can do is breathe and remain alive.

Rim G. does not live far from Hala's house. Since IS came to power, her family has seen its financial situation plummet. It was also forced to move after an airstrike destroyed their home, killing one of her brothers.

"I live with my family and siblings. I used to study English literature at the university, but went only for one year. IS closed it, and my parents couldn't afford to send me to another city to continue my studies," the 21-year-old tells DW.

Instead of schools and universities, IS established so-called "Forums for Young Muslim Women," where they learn the ideologies of the Islamist group and how to spread its message. It is also a recruitment center for the infamous Khansa Brigade and an enrollment office for the medicine and nursing schools the brigade oversees. There, women are taught how to treat the wounds and injuries of the IS jihadists during battles or bombardments.

"Against all of this, we couldn't flee, and as the eldest sibling, I was forced to seek employment. I worked at a women's clothing store in downtown Raqqa, until one of the sharia police patrols raided the store and arrested me and the owner and accused us of promiscuity. We were all flogged." 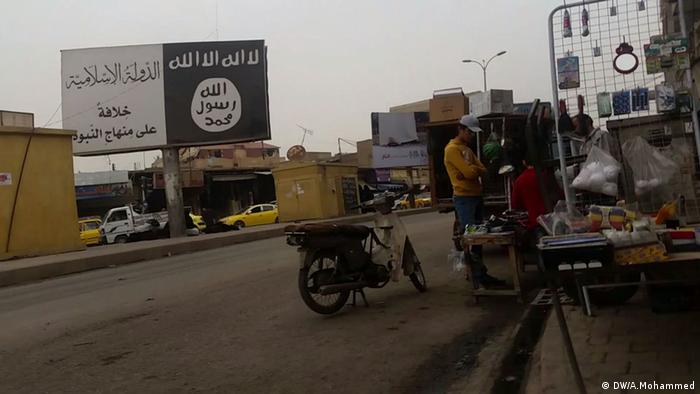 The presence of the jihadi group is felt throughout the city, which lies roughly 100 kilometers (62 miles) from the Turkish border

A woman is not allowed to work with a man to whom she is neither related nor married. Doing so is considered "promiscuity" and is punished by flogging and a prison sentence of between three days and one month.

"When we were in prison, they called us every bad word they could think of. We were beaten so hard, I couldn't sleep on my back for several weeks afterwards," Rim says and shudders visibly, as her eyes well with tears.

After that experience, Rim hated everything in Raqqa and attempted to leave. But the IS checkpoints at the outskirts of the city do not allow anyone to leave without special permission from the Sharia police.

Rim also tried to escape through the countryside to the north of the city, which is controlled by the Kurdish People's Protection Units (YPG) , or "IS in yellow," as the locals call them. But she failed as well, because she didn't have someone to vouch for her.

Now the 21-year-old works as a seamstress in her house with her mother and sister. She says she stopped "feeling anything anymore. I stopped recognizing the days or the food. Even smiling became rare for me. I often stand in front of the mirror and smile, so as not to forget how to smile or laugh. Yes, laugh at my misfortune. We're dead, but we're still breathing." 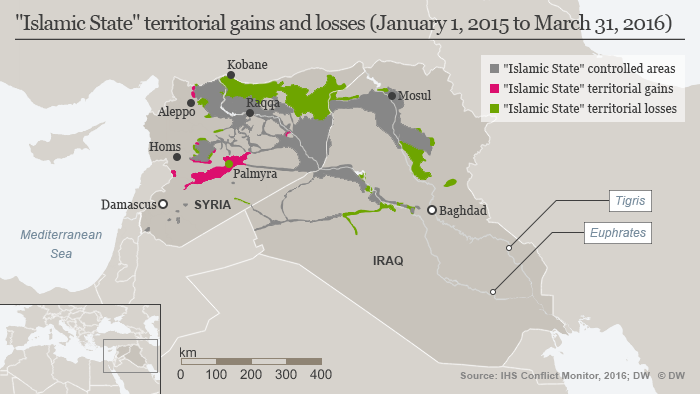 Due to security risks, both the author and the interview partners wish to remain anonymous.