Joseph Votel is the highest-ranking US Army officer to visit Syria since the campaign against the "Islamic State" began. Votel sought to assess the state of US-supported rebel groups. 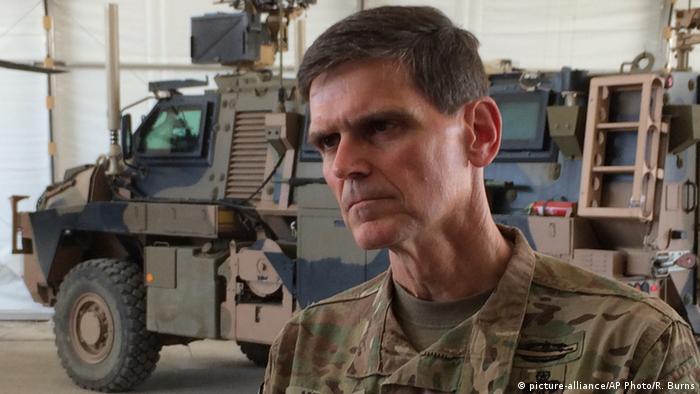 The new commander of the US forces in the Middle East, General Joseph Votel, made a surprise visit to Syria on Saturday. The four-star general told reporters that he had made the trip to the conflict-torn nation not only in solidarity with his troops, but also to make a personal assessment of efforts to organize local Arab and Kurd fighters in the protracted campaign to defeat IS.

Votel flew into northern Syria from Iraq, where he had conferred with US and Iraqi military commanders on Friday. In Syria he met with US military advisers working with Syrian Arab fighters and consulted with leaders of the Syrian Democratic Forces, an umbrella group of Kurdish and Arab fighters supported by the US.

Votel, who has only been at the helm of US Central Command for seven weeks, became the highest-ranking US military official to visit Syria since the campaign against IS began in 2014. 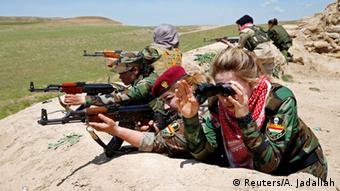 Kurdish fighters near Mosul in Iraq

The visit was significant because Washington has no diplomatic relations with Damascus and no combat units in Syria. Rather, the US has opted to send military advisors to assist moderate anti-Assad rebels organized under the umbrella of the Syrian Democratic Forces (SDF), and much of that mission has been shrouded in secrecy.

Votel: We have nothing to hide

Votel brought reporters with him as he flew into northern Syria on Friday after conferring with military leaders in Iraq. He defended his decision to bring in the press, saying "We don't have anything to hide. I don't want people guessing about what we're doing here." 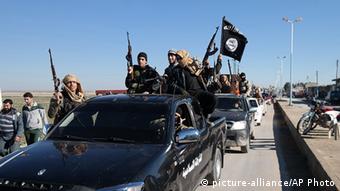 IS fighter convoy in northeastern Syria

The US has struggled to launch an effective strategy against IS as President Barack Obama has ruled out sending ground troops to Syria. The campaign is further complicated by Washington's stance against Syrian President Bashar al-Assad, marking a stark contrast to the situation in Iraq, where the US is allied with the government.

While the US has openly supported the cause of the Syrian Democratic Forces, the rebels have long complained of receiving only lip service and little other attention from Washington. Recently, one SDF representative went so far as to decry the "very useless" support the group was receiving from the US.

Head of US Central Command

Refugees, Russia and 'IS' on NATO agenda in Brussels

In Brussels, NATO ministers intend to finalize their biggest military buildup since the Cold War in response to Russia. The alliance is also inviting Montenegro to become its 29th member. (19.05.2016)

'IS' attacks kill over 70 in Baghdad

The so-called 'Islamic State' has claimed attacks killing over 70 people in Baghdad. Losing its territory elsewhere in Iraq, IS seems to be increasingly targeting civilians in the capital. (17.05.2016)