For the first time, a portion of the bitcoin trading market will take place on major US exchanges. None of the new trading options involve ownership of the cryptocurrency but will be based on derivatives contracts. 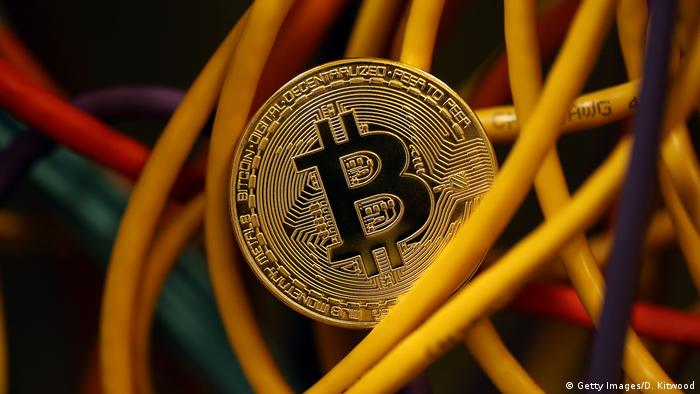 US regulators on Friday approved plans for bitcoin derivatives to be traded on two major officially regulated international exchanges for the first time. Until now, the only regulated exchange for bitcoin trading was LedgerX, a small US options exchange.

The Commodities and Futures Trading Commission (CFTC) warned of the cryptocurrency's wild volatility but opened the door for the Chicago Mercantile Exchange (CME) and the Chicago Board Options Futures Exchange (CBOE) — the world's largest exchanges for derivatives products — to offer contracts for futures of bitcoin. The deal also enables the Cantor Exchange to offer bitcoin swaps — another type of derivative contract.

None of those three offerings will involve actual trader ownership of the digital currency, but will be based on derivatives contracts like futures, options and swaps.

For the first time, bitcoin trading will be subject to US federal regulation on a major scale, as the CME and the CBOE are the world's two dominant derivatives exchanges.

The approval also opens up bitcoin trading to a much larger group of investors and traders, who have been reluctant to purchase bitcoin on the many scattered private exchanges.

Online exchanges for bitcoins have had a checkered history. Mt. Gox, which once processed about 70 percent of sales, was hacked several times culminating in the loss of about 850,000 bitcoin in 2014. At the time the loss was valued at $450 million (€380 million), but at current exchange rates the coins would be worth more than $9 billion.

Many other exchanges have been hit by massive hacks as well including:

In many cases traders' suspicions fell on the operators of the exchanges as opposed to outside hackers. But given the massive losses involved and the technicalities of acquiring the currency, many mainstream investors have been shy to involve themselves in currency trading on the unregulated exchanges.

In fact, a large part of bitcoin's value comes down to its usefulness in criminal enterprises as a way to covertly take payment. Almost all darknet drug markets rely on bitcoin or similar currencies to facilitate payment, and it has become a backbone for ransomware attacks. But many of its proponents now see bitcoin more as a collectible asset like gold rather than as a currency.

In the new arrangement approved on Friday, the price of bitcoin futures will be based on actual sale prices on four major bitcoin exchanges — Bitstamp, GDAX, itBit and Kraken. Due to its volatility, bitcoin futures will be subject to higher margin levels and intraday price limits, according to the CME Group, which owns the Chicago Mercantile Exchange.

The price of bitcoins has skyrocketed this year to about $10,800, starting off at about $1,000, but trading prices can fluctuate enormously.

Chair of the CFTC regulatory body, J. Christopher Giancarlo, said after "extensive discussions with the exchanges" they "agreed to significant enhancements to protect customers and maintain orderly markets."

The agency said the exchanges had agreed to modify the derivatives contracts and promised to coordinate with the CFTC and each other to guard against market manipulation and other irregularities.

"Bitcoin, a virtual currency, is a commodity unlike any the Commission has dealt with in the past," he said in a statement, warning that "investors should be aware of the potentially high level of volatility and risk in trading these contracts."

Giancarlo insisted the agreement did not mean the CFTC endorsed the digital currency or the various trading products.

The announcement came just a day after Federal Reserve governor Randal Quarles warned that wider adoption of digital currencies such as bitcoin could pose a threat to financial stability because of the uncertainty of how they would fare during a crisis.