Trading in bitcoins may be coming soon to Goldman Sachs | Business | Economy and finance news from a German perspective | DW | 03.10.2017

Top Wall Street bank Goldman Sachs is considering launching a trading operation in bitcoins, possibly pushing the digital currency into the mainstream. It would be the first big bank to do so. 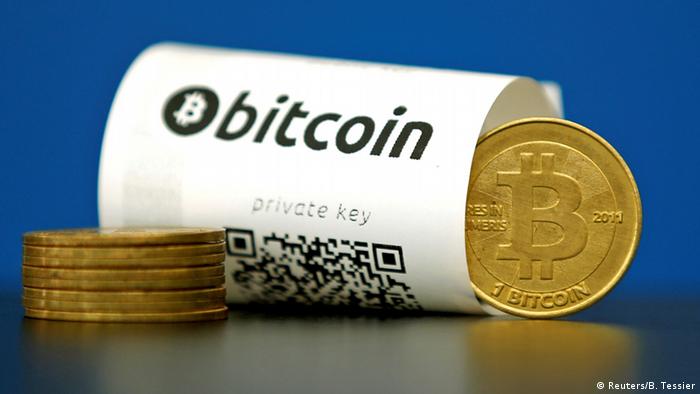 Goldman Sachs is exploring whether to create a team in order to launch a trading venture that could trade bitcoin and other digital currencies, said a person familiar with the bank's thinking on Monday. This is in response to high client demand and could give the cryptocurrency a boost at a time when it is under growing criticism around the world and by some other large banks.

"In response to client interest in digital currencies, we are exploring how best to serve them in the space," confirmed company spokeswoman Tiffany Galvin.

The proposed venture might resemble other Goldman Sachs teams that trade euros or treasury bonds. So far the company has received interest from investment funds, insurers and corporate clients. But an internal review is still at an early stage and the idea may not actually turn into an actual trading desk according to the company insider.

Despite that fact that around 70 hedge funds already trade in cryptocurrencies, large banks have so far stayed away from trading in bitcoins due to its reputation as a conduit for illegal activity, including processing payments for ransom-demanding malware hackers.

Yet as more and more people invest in the currency it will be harder for big Wall Street banks to ignore the growing trend — and possible returns.

Launched in 2009 with blockchain technology, bitcoin has recently seen its fair share of controversy and has many critics. It was only a few weeks ago that China announced it would close all of its cryptocurrency exchanges.

A week before that, JPMorgan Chief Executive Jamie Dimon lambasted bitcoin, describing it as a "fraud" destined to crumble like a house of cards. He also announced he would fire any of his brokers if they traded in the currency, calling it "worse than tulip bulbs," referring to a famous market bubble from the 1600s.