A US court has ruled that the NSA has exceeded the scope of its mandate by collecting data from millions of Americans' phone calls. The practice was brought to light by exiled whistleblower Edward Snowden. 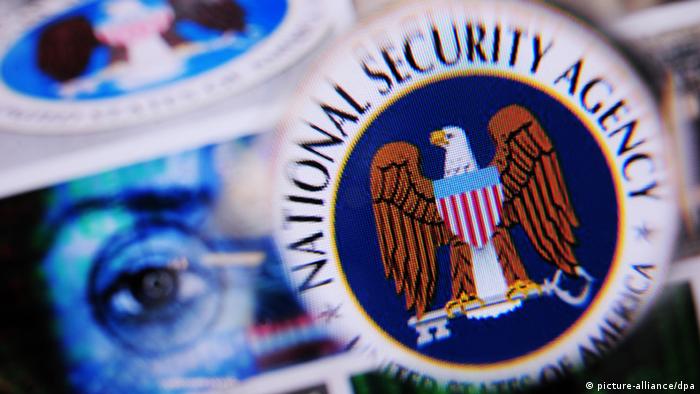 The ruling handed down by the 2nd US Circuit Court of Appeals on Thursday said that by collecting the "metadata" from millions of phone calls made by Americans, the National Security Agency (NSA) had gone beyond what Congress had authorized it to do in its efforts to protect the country.

Metadata includes several types of information such as the numbers someone has called, the times phone calls were made and their duration but not the actual content of the conversations.

The ruling, written by Circuit Judge Gerald Lynch, said that section 215 of the Patriot Act, which forms the legal framework for the collection of information to combat terrorism, did not include what he described as the NSA's "staggering" gathering of data.

"There is no evidence that Congress intended for those statutes to authorize the bulk collection of every American's toll billing or educational records and to aggregate them into a database," Lynch said.

In his written opinion, the judge also argued that such metadata could reveal significant personal information such as "civil, political, or religious affiliations" or "whether and when he or she is involved in intimate relationships."

Despite its ruling that the NSA had acted unlawfully, the Manhattan court did not order it to stop the practice, arguing that this would make little sense as the Patriot Act is set to expire on June 1 anyway.

However, Lynch said the case, which stemmed from a complaint filed by the American Civil Liberties Union (ACLU) against both the NSA and the FBI, highlighted the difficulty of balancing the need to ensure national security with personal privacy interests. The ACLU's complaint had been dismissed by a US district court in late 2013.

Lynch, the head of a three-judge panel that heard the appeal, also called on lawmakers currently debating the future of the legislation to carefully consider whether it should simply be extended or if it needed to be amended.

"In light of the asserted national security interests at stake, we deem it prudent to pause to allow an opportunity for debate in Congress that may (or may not) profoundly alter the legal landscape," the judge said.

Both the US government and the NSA said that they were reviewing Thursday's court decision.

US Attorney General Loretta Lynch said the June 1 expiration of the Patriot Act was an opportunity to reframe the program "in a way that does preserve its efficacy and protect privacy."

The National Security Agency's practice of collecting bulk metadata from the phone calls of Americans first came to light in documents leaked by former NSA contractor Edward Snowden in 2013. The US authorities want to prosecute Snowden on several charges; however, he has so far escaped arrest by residing in Russia, where he has been granted temporary asylum.

According to press reports, the German intelligence service BND ended internet monitoring for the US National Security Agency at the start of the week. Only information from faxes and phone calls is still being sent on. (07.05.2015)

NSA collected thousands of emails until ordered to stop

The National Security Agency has admitted that it illegally spied on emails between US citizens until a court ordered it to stop. This is just the latest revelation to raise concerns about US spying activities. (22.08.2013)