Lacking resources and organization, authorities in Uruguay are struggling to combat global drug trafficking. The country has become an increasingly important hub for drug smugglers as a result. 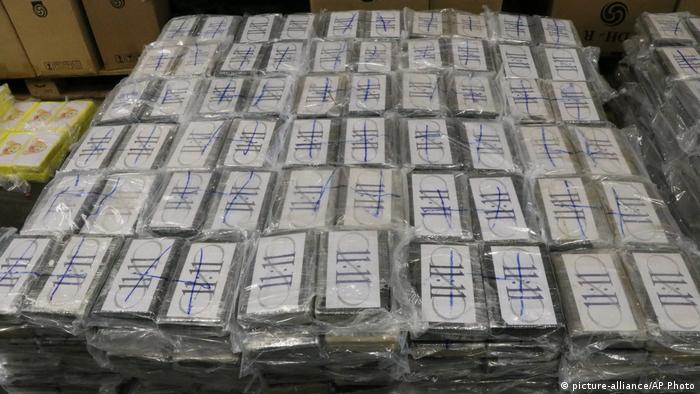 "Uruguay is not looking too good in this matter," Enrique Canon, head of Uruguay's top customs authority, said after the recent discovery of 600 kilograms (1,300 pounds) of cocaine at a French airport. The illicit shipment came from Uruguay.

The 4.5 tons of cocaine discovered in Hamburg last week on a container ship cost Canon his job. He resigned shortly afterwards.

The cocaine has an estimated street value of about €1 billion ($1.11 billion). It was the largest-ever cocaine shipment seizure in Germany, though it was not the first time a large shipment of the drug from Uruguay was confiscated in the port of Hamburg this year. In April, German customs discovered 440 kilos of cocaine in a container loaded with rice sacks. According to the transport documents, the container was loaded onto the cargo ship in Uruguay.

Uruguay is South America's smallest Spanish-speaking country. It is often regarded as a prosperous, quiet and safe place on a continent that has experienced political and social upheaval. "Uruguay, along with countries such as Costa Rica and Chile, has historically been considered a rather stable and safe country, a reputation that no longer reflects today's reality," said Chris Dalby, managing editor of InSight Crime, a Washington-based journalist network that specializes in researching organized crime in Latin America.

Unlike many other countries in the region, Uruguay does not have an acute problem with violence, Dalby told DW, noting this has made authorities more complacent and border controls insufficient in comparison with other Latin American countries. This vulnerability is being exploited by Latin American drug cartels, along with their customers in Europe, Dalby said. 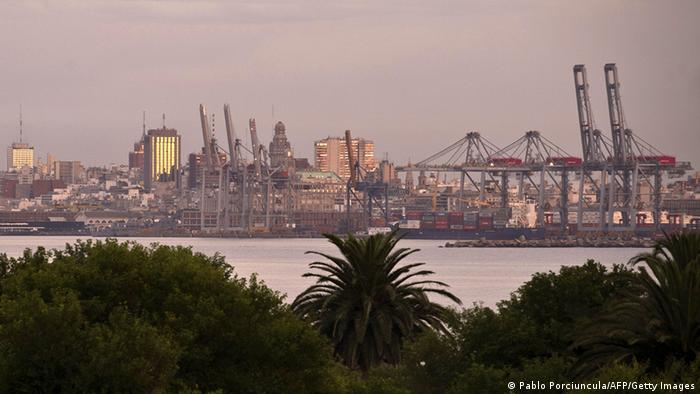 To make matters worse, demand for cocaine is on the rise worldwide. According to the latest United Nations Office on Drugs and Crime report, a record of roughly 2,000 tons of cocaine was produced in 2017. That is an increase of 25 percent compared to the previous year.

"This cocaine has to go somewhere," Dalby said. Drug traffickers are increasingly turning to less-used export routes and transit countries from South America, including Uruguay. "Bolivian cocaine has been on the European market via Uruguay for at least 10 years," Dalby said. The authorities in Uruguay became aware of the problem since long, but noticing the problem does not necessarily mean they did anything about it, he added.

Global drug trafficking is subject to change, too. The era of the old-style drug bosses who control all the stages of the drug trade, from cultivation and processing to delivery to the end customer, is over, said Dalby. Instead, there is a complex manufacturing and distribution process involving many smaller groups specializing in their field. "Global drug trafficking is more fragmented than before, with many smaller players operating independently," Dalby said.

That's where Uruguay comes in. The country has become a global drug trafficking hub in recent years, with criminal gangs working closely together both in South America and in Europe. "Uruguay is now in the spotlight of international drug trafficking," Dalby said. 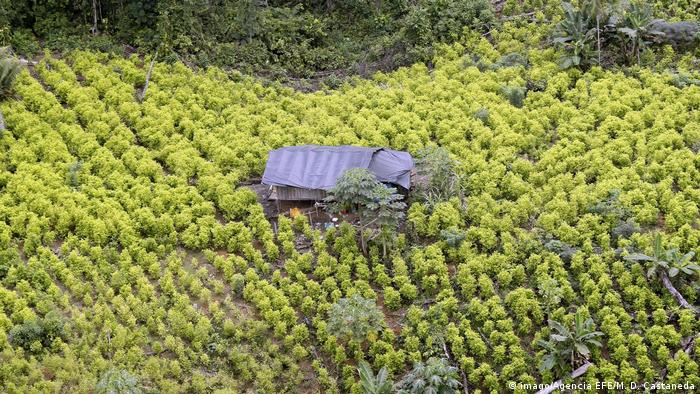 Uruguay is an increasingly important transit hub for the global cocaine supply, 70% of which comes from Colombia

Can international drug traffickers simply shrug off the loss of a €1 billion delivery like the one in Hamburg? "That definitely hurts," said Dalby. Due to the current division of labor, it is not the drug traffickers in South America that will be affected by the loss, but their counterparts across the Atlantic, he said. "The recipients in Europe now have to bear the losses, probably the Italian mafia 'ndrangheta from Calabria, but also criminal organizations in the Balkans and Russia." That, at least, is the assumption, as it is impossible to say exactly who the recipients are. "Nor do we know how much cocaine these gangs order in South America," Dalby said. "The find in Hamburg is probably just a drop in the ocean."

Call for action in Uruguay

It is time Uruguay faces the challenges of internationally networked drug trafficking, Uruguayan security advisor Robert Parrado told DW, pointing out the country has always been a transit hub for drugs. "This huge cocaine find in Hamburg reveals the serious shortcomings of border and customs controls in Uruguay," he said, arguing that the problem has been neglected by politicians for years. "Unfortunately, the country does not have a special unit with specially trained personnel dedicated to the investigation of serious crimes such as drug trafficking, arms trafficking or human trafficking," Parrado said.

Dalby is cautiously optimistic. The authorities in Uruguay admit and acknowledge that their controls are inadequate, he said, pointing out Enrique Canon's immediate resignation. There is reason to hope, he added, that Uruguay will at last seriously take up the fight against drug trafficking.