Over the past 10 years, Uruguay has gone from being dependent on fossil fuel imports for power to a renewable energy pioneer. How did the country do it?

Uruguay's natural resources are limited, but the Latin American country has plenty of sun, water and wind. And in the last decade, it has taken advantage of these riches.

Nearly 100% of Uruguay's energy now comes from renewable sources. The route to a cleaner energy supply is down to political will — and getting the country's residents on board.

Cattle rancher Pablo Capurro, for instance, initially rejected the idea of having wind turbines on his farm. The sound of the blades would be too noisy for his animals, he thought. But Capurro changed his mind after speaking to other wind park operators, and he now receives a payment for the turbines on his land.

Capurro isn't the only one who has been convinced. The transition to green energy sources means that many schools now have a stable electricity supply, and it's also made Uruguay less dependent on fossil fuel imports.

To secure its clean energy future, the country is keeping up with the latest research and is training engineers to specialize in renewables. 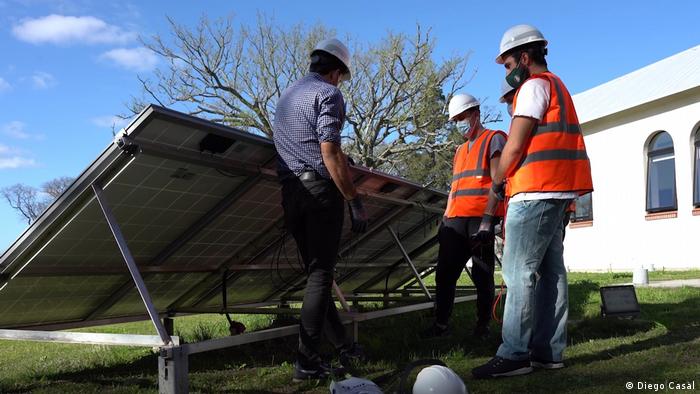 Project partners: Uruguay is being supported by the  International Climate Initiative (IKI) of the German Environment Ministry, as well as private and public partnerships in the country.

A film by Nicole Ris and Diego Casal

Albania belatedly begins to harness the power of the sun 20.07.2022

Albania enjoys the most sunshine hours of any country in Europe. But the Ukraine war and rising prices for energy are making the Balkan country using more solar power for electricity production.

Can Germany frack its way out of the energy crisis?