The world already has the technologies to bring net emissions in the energy system down to zero — and doing so will boost employment, researchers say. 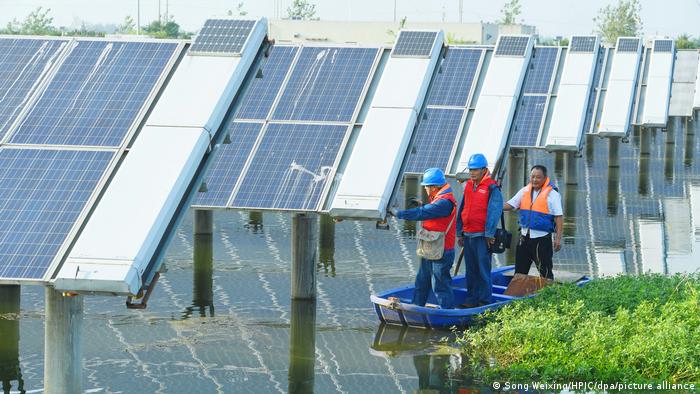 Solar panels have become so cheap experts project they will produce the bulk of electricity by 2050, along with wind turbines

Proven technologies for a net-zero energy system already largely exist today, according to a report published Tuesday by the International Renewable Energy Agency (IRENA). The report predicts that renewable power, green hydrogen and modern bioenergy will shape the way we power the world in 2050.

Adopting such solutions would set world leaders on track to meet their target of keeping the planet from heating by more than 1.5 degrees Celsius (2.7 degrees Fahrenheit) above preindustrial levels this century, according to the World Energy Transitions Outlook report. The UN had warned in November that pledges to meet this goal were so far "woefully inadequate."

"The window of opportunity to achieve the 1.5 C Paris Agreement goal is closing fast," said Francesco La Camera, the director-general of IRENA. "The gap between where we are and where we should be is not decreasing, but widening. We are heading in the wrong direction."

Instead, IRENA — an intergovernmental organization based in Abu Dhabi made up of 162 countries and the European Union — calls for a change in direction and a dramatic acceleration of the energy transition as countries walk the "narrow tightrope" toward the 1.5 C target. 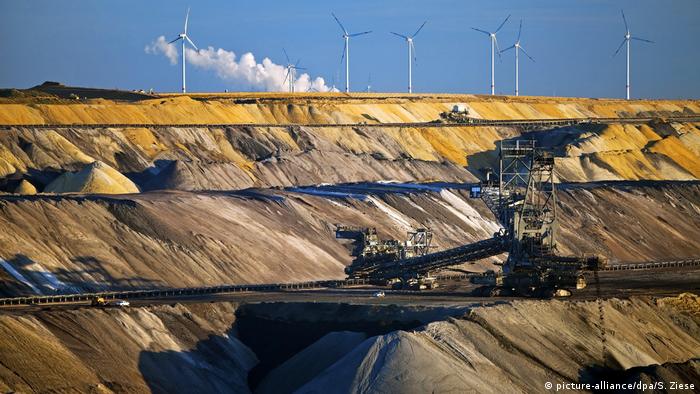 To meet the growing need for electricity in heating and transport and to make green hydrogen, the report projects that global electricity demand will triple by 2050.

That would make it the main energy source in the world, powering more than 80% of all vehicles. Heating would mainly be provided by heat pumps, whose number is set to rise 20-fold by 2050 to around 400 million. 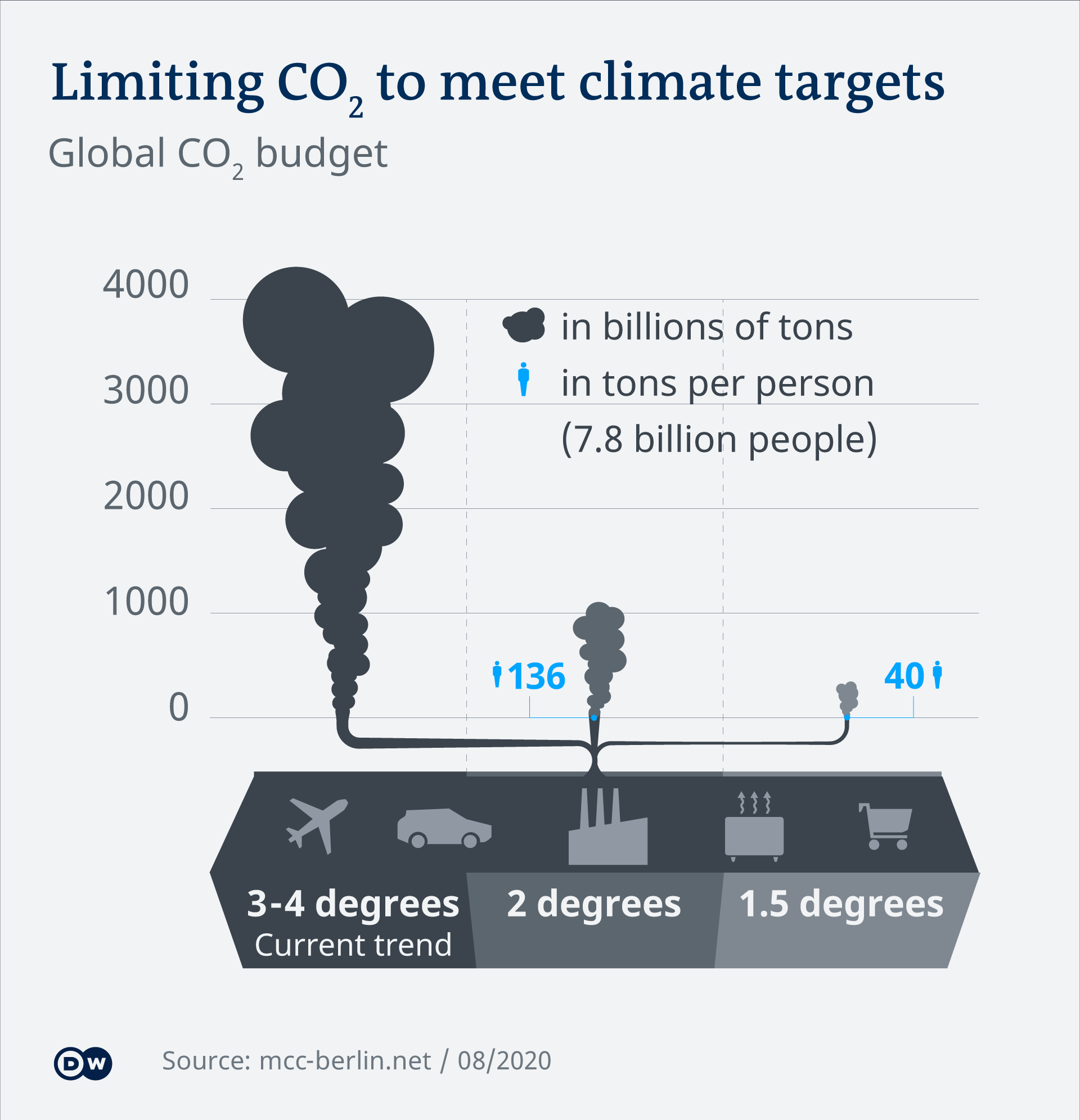 To stay in line with climate targets, coal-fired power plants would have to be shut down and no new ones built. Ninety percent of electricity would have to come from renewable sources, mainly sun and wind, with a global installed capacity of photovoltaics almost 30 times greater than in 2018. There would have to be 14 times the wind power, and hydropower would have to double.

Fossil gas and nuclear energy, meanwhile, would make up 4% and 6% of electricity generated, respectively.

But, even with such an expansion of renewables and a drop in fossil fuels, the report relies on removing CO2 from the atmosphere to meet climate goals. This includes reforesting areas in which trees have been hacked down or burned, taking CO2 out of the atmosphere by growing plants, and capturing it from industrial sites and injecting it underground. The technology to capture carbon and store it is expensive, and exists only at a small scale.

To meet climate goals, the report assumed a globally available budget of 500 billion tons of CO2 for the current scenario. According to the Intergovernmental Panel on Climate Change (IPCC), if no more than this amount is released into the atmosphere, the world has a half-chance of warming 1.5 C and missing the target.

But, for a two-thirds chance of avoiding that level of warming, even more CO2 would have to be kept out of the atmosphere. According to the IPCC, total emissions would have to be limited to about 285 billion tons. Around 42 billion tons of CO2 are emitted by the energy and agricultural sectors every single year. 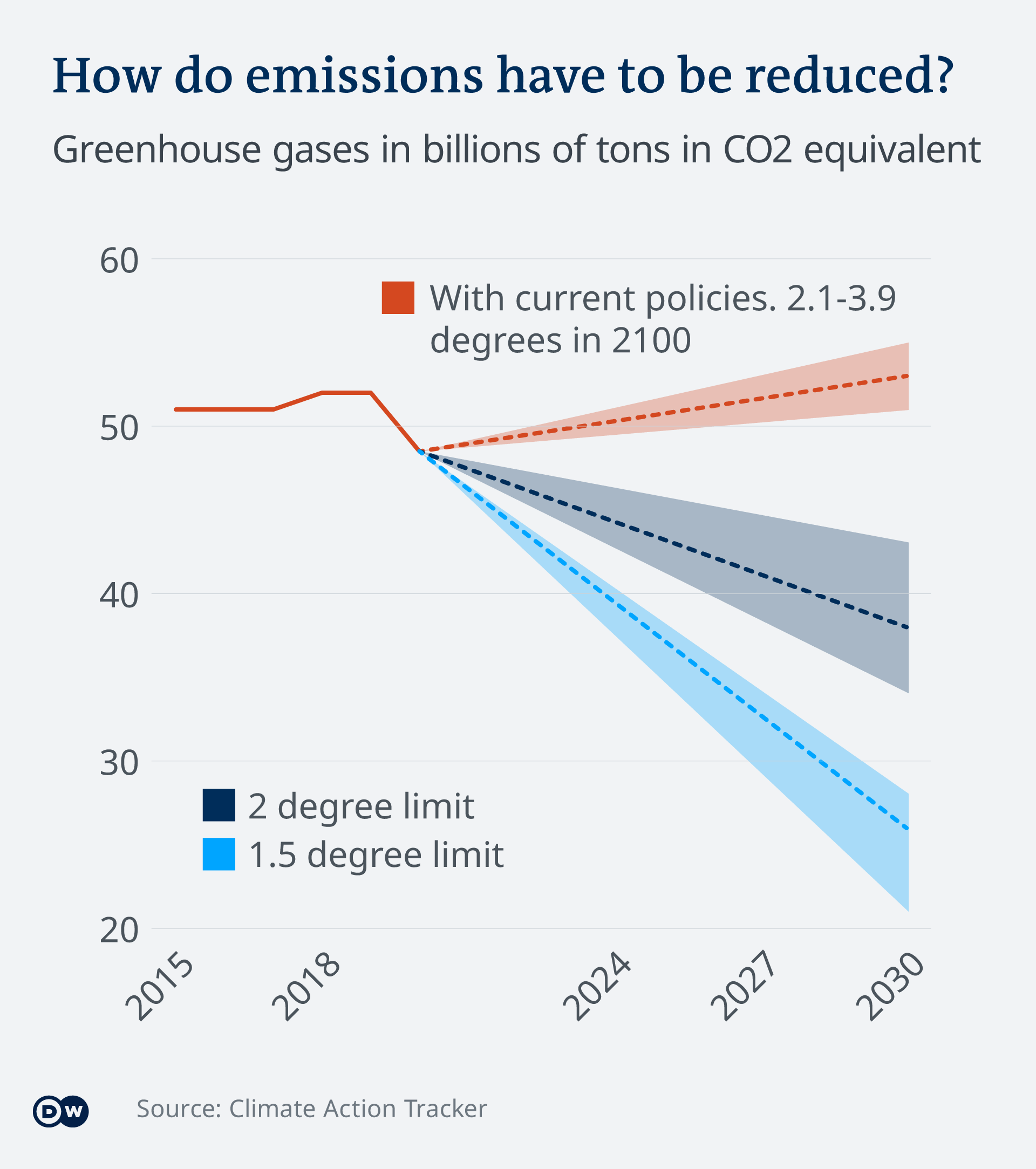 "A scenario like the one presented by IRENA is conceivable," said Christian Breyer, a professor of solar economics at LUT University in Finland, who was not involved in the study. Breyer criticized the report for its high CO2 budget and reliance on technologies to remove emissions rather than stop them in the first place.

In addition, he said, the benefits "of extremely low-cost solar electricity have not yet been fully incorporated into the scenario, but very expensive system solutions such as nuclear power and biomass with CO2 capture."

That turnaround has already begun.

Global oil consumption will continue to fall in the coming years, and fossil gas is set to join it in 2025.  "Financial markets are already reflecting this change by shifting capital away from fossil fuels and toward sustainable assets like renewables," La Camera said.

Echoing warnings from the UN last year, IRENA said that stimulus packages in the wake of the pandemic must be used strategically to meet the 1.5 C target. Doing so would also help employment. The report projects that investing in the energy transition will create close to three times more jobs than fossil fuels for every million dollars spent.

"While the pathway is daunting, several favorable elements can make it achievable," La Camera said. "Major economies accounting for over half of global CO2 emissions are turning carbon-neutral. Global capital is moving, too."