Defense Minister Ursula von der Leyen has said Germany's army needs a bigger budget if it is to keep up with NATO requirements. Her comments came ahead of a major summit of NATO defense ministers in Brussels. 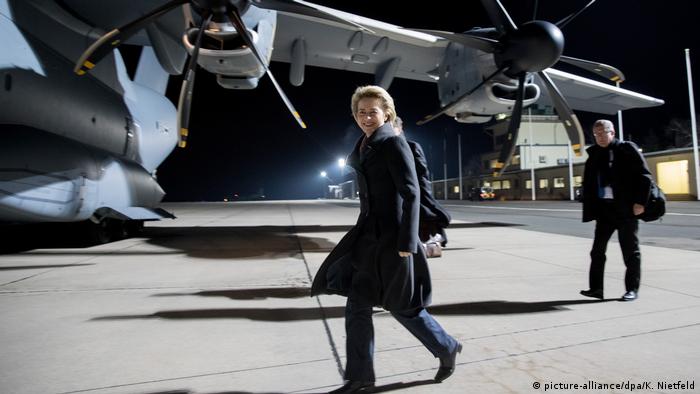 German Defense Minister Ursula von der Leyen has called for more military spending across Europe, ahead of a meeting with her NATO counterparts in Brussels on Wednesday.

US Secretary of Defense James Mattis has spoken with German Defense Minister Ursula von der Leyen to exchange their views on defense. Mattis stressed the US' commitment to NATO. (27.01.2017)

The new US defense secretary appeared wearing a German flag on his lapel, heaping praise on Berlin's troops. It was the second meeting by a German minister with the new US administration. (10.02.2017)

German Defense Minister Ursula von der Leyen's visit to Lithuania was going according to plan until her Airbus A400M broke down on the tarmac. The incident is the latest blow to a costly and delayed Airbus project. (08.02.2017)

Her proposal is an extremely unpopular one in Germany, even as the army suffers from the consequences of outdated equipment and lack of resources.

"We Europeans have to do more to be able to establish security for Europe, and that means investments," von der Leyen told state broadcaster ZDF.

The minister also voiced concerns shared by many NATO member states that the skepticism with which US President Donald Trump has treated the alliance could be dangerous for all involved. However, she hoped that US Secretary of Defense James Mattis would temper Trump's attitude.

Mattis: US maintains support for NATO

Mattis has described NATO as "the most successful military alliance in history," and tried to calm allies' fears after the Trump described the organization as "obsolete" in a newspaper interview. Mattis and von der Leyen are set to meet at the summit starting on Wednesday in Brussels.

"I hope his position (on NATO) will prevail," said the German defense minister in reference to Mattis' more positive stance on the alliance.

After arriving in Brussels, Mattis reiterated his earlier comments."The alliance remains a fundamental bedrock for the United States and for all the transatlantic community, bonded as we are together," said Mattis, adding that "as President Trump has stated, he has strong support for NATO."

One of the main topics of discussion during the two-day NATO summit will be how defense spending will develop in Europe in the future. President Trump has criticized some member states for not contributing the required two percent of GDP to the alliance, saying that the US was unfairly shouldering the burden of costs. 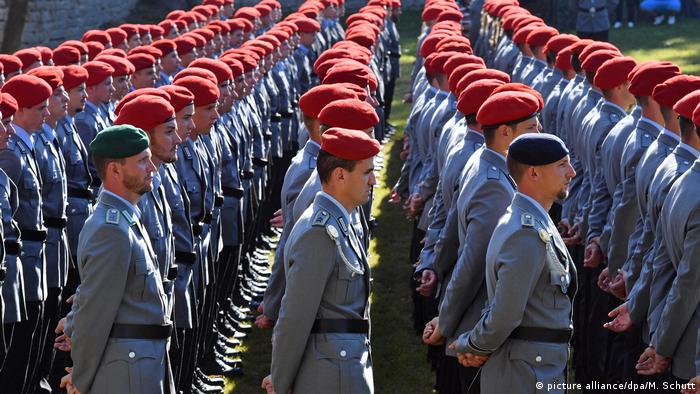 "We also have to invest in the army, and that means an increased budget," von der Leyen said in the ZDF interview. Berlin has already tacitly agreed to increase defense spending, although it still will not reach the promised two percent for NATO.